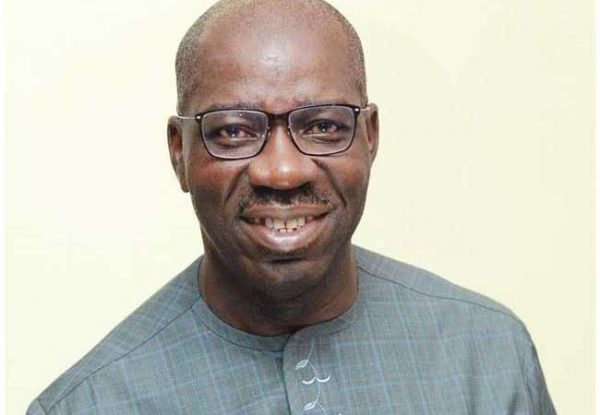 The National Economic Council on Wednesday granted approval to the Federal Government to spend $1 billion from the Excess Crude Account on the fight against the Boko Haram insurgency.
The Edo State Governor, Godwin Obaseki, announced this to State House Correspondents while giving a briefing on the outcome of the NEC meeting presided over by Vice President Yemi Osinbajo.
Obaseki stated that the governors of the 36 states and FCT Minister were elated by the efforts of the Federal Government in the area of security and gave the approval for a more comprehensive defeat of the insurgents.
He said: “The National Economic Council also resolved through the chairman of the Governors’ Forum to support the effort of the Federal Government in the area of security.
“Pleased with the achievements that have been made to date in the fight against insurgency, particularly in the North East, the governors of Nigeria through their chairman, announced at the NEC meeting that the governors have given permission to the FG to spend the sum of $1 billion in the fight of insurgency.
“This money is supposed to be taken from the Excess Crude Account.”
Obaseki hinted that the Federal Government had given comprehensive response to security, especially insurgency in the North East region.
He said: “We expect that the contribution of the states to these efforts is going to cover the whole array of efforts required to secure the country and counter insurgency.
“So we expect that the amount will include but not be limited to purchase of equipment, procuring intelligence and logistics and all what is required to ensure that we finally put an end to the scourge of insurgency.”
The governor also announced that NEC approved the proposed retreat for all Secretaries to State Government in order to align policy implementation of the Federal Government with the states.
The retreat would be organized by the Secretary to the Government of the Federation, Boss Mustapha, on December 18 and 19 in Abuja.
Obaseki described Mustapha as very proactive, adding that the main reason for the seminar is to ensure that the policies of the state are understood, implemented better and curb wastage.
The governor further said that the Minister of State for Petroleum Resources, Dr. Ibe Kachikwu, briefed NEC on the fuel situation and assured that the fuel crisis would be overcome nationwide in the next 48 hours because of availability of fuel in the strategic reserve.
Also Governor Ibrahim Dankwambo of Gombe State said the Finance Minister, Kemi Adeosun, gave an update on the budget support to states.
Adeosun, according to Dankwambo, reported that most states have not complied with the Fiscal Responsibilities Act.
The minister, therefore, said that subsequent releases to states would be based on the implementation of the FRA.
The Ministry had given support to states in June, July and August.
Dankwambo said the forensic audit of the Nigeria Customs Service and the National Communications Commission by KPMG was ongoing and might be submitted in January.
He said the Accountant General of the Federation, Ahmed Idris, reported to NEC that the balance in the ECA as at December 13, 2017 was $2.317 billion, with balance in the stabilization fund account at N7.78 billion, while balance in the natural resource development account was N106.98 billion.