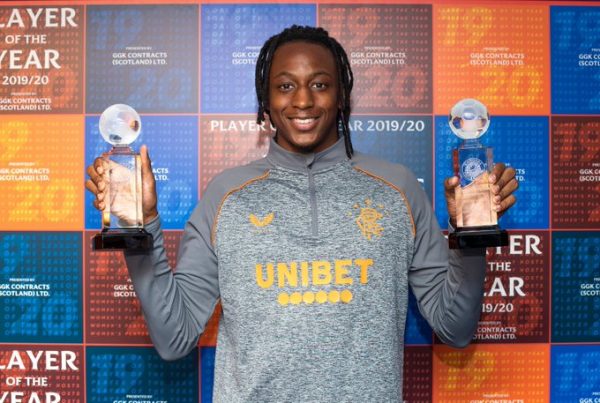 Rangers manager Steven Gerrard was lost for words trying to describe Joe Aribo as he admitted his left-back guest slot was the best of his reign.

The champions maintained their unbeaten record with a 3-0 win over Livingston at the Tony Macaroni Arena.

Goals from James Tavernier, Ryan Kent and Ianis Hagi put Rangers on the brink of a 100-point invincible season.

But it was the performance of Aribo, playing in an unfamiliar left-back role thanks to Borna Barisic’s absence, who really impressed his manager.

Gerrard told Rangers TV: “What can I say about Joe Aribo?

“Whatever I ask him to do he goes out and gives it his best shot.

“He’s my man of the match tonight just because, if you think about it, he’s a number 10.

“And he’s just been so comfortable at left-back, cruised it and breezed it.

“That left-back performance is as good as we’ve seen in my three years of being here.

“So well done to him for parking his ego and doing a job for his team-mates.”

Rangers need just a point to crack the 100 barrier, but their manager wants the intensity kept right up until the end of the season.

“So that’s a real incentive for us to go and finish strong and take maximum points.

“If we can’t do that we’ll try and get 100 but I want 102 and I want another performance that matches tonight because if we do (get that) it will be good enough.”