FRSC to impound vehicles without new number plates from October 1 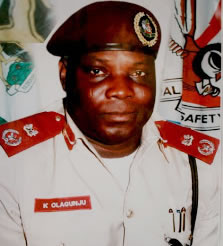 The Federal Road Safety Commission in Rivers State says it will impound vehicles without the new number plates at the expiration of its October 1 deadline.
The Sector Commander, Dr. Kayode Olagunju, announced this in an interview with the News Agency of Nigeria in Port Harcourt, the Rivers State capital, on Thursday.
Olagunju said that the enforcement would begin as scheduled if the Federal Government does not extend the deadline.
He said the use of old number plate and driver’s licence was partly responsible for the high rate of road traffic offences.
The sector commander added that the situation had made it difficult for road safety officials to track down offenders.
He pointed out that the old number plate lacked credible database, a thing he said, motorists took advantage of to disobey traffic laws.
According to him, a situation where motorists in some states acquire number plates like they buy oranges is no longer feasible with the new traffic management system in place now.
Olagunju said the scheme with its fully integrated database system would enhance the corps operations, improve the safety and security of motorists on roads and highways.
He said: “The present number plate and driver’s licence is meant to enhance the credibility of data and it will enhance safety of lives on the highways and assist in the area of security.
“The plate is highly reflective and which means the issue of collision (accident) at night is tackled.
“The present number plate is attached to individual rather than vehicles and which means that if I’m going to sell my vehicle now, I’m not expected to sell my vehicle with my number plate.
“When people know that when they commit traffic offences and they can be easily traced due to the number plate system, definitely the rate of traffic offences will be on the decline.”
Olagunju said that it was not possible that car thieves could use the opportunity to acquire legal documents for their stolen vehicles.
He said that such practice was not possible due to the collation of motorist biometric information such as finger prints and picture.
He said it was untrue the speculation that the scheme was designed to increase the revenue of the corps at the detriment of motorists.
“Revenue generated from the scheme and traffic fines are remitted into the Federation Account and is part of the funds that is shared monthly by the three tiers of government,” Olagunju said.
Olagunju called on motorist to revalidate their vehicle documents before the October 1 deadline.