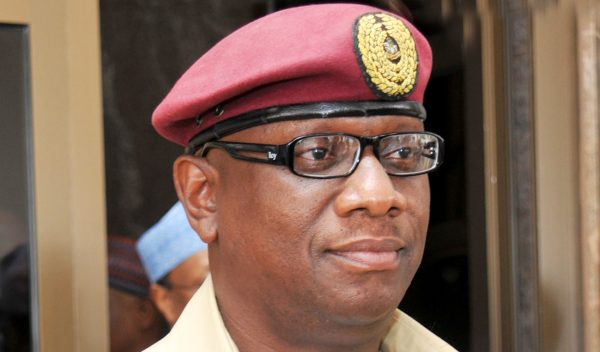 The Corps Marshal, Federal Road Safety Corps, Dr. Boboye Oyeyemi, has expressed concern over the continuous carriage of containers by flatbed trailers without proper latching.
Oyeyemi’s concern was contained in a statement on Saturday by the Corps Public Education Officer, Commander Bisi Kazeem.
He has thus ordered that such vehicles be immediately impounded if sighted on the roads by patrol teams.
According to Kazeem, in furtherance of the existing partnership between the Corps and the Nigerian Ports Authority, the Corps Marshal is also to partner with the NPA to ensure that such vehicles are not allowed to leave the ports until they are properly latched to enhance their safety while in transit.
Kazeem said it is noteworthy to recall that crashes involving container carrying trailers have been on the increase lately and efforts must be geared towards nipping the incidences in the bud.