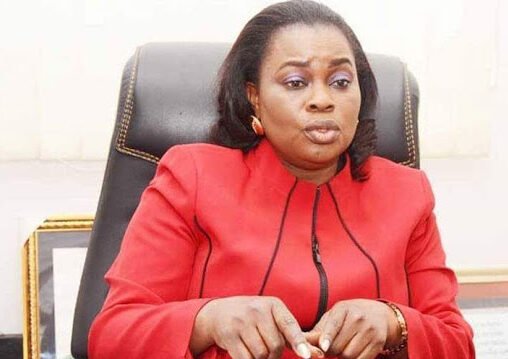 As part of measures to ensure sustainable development and enduring democracy in Nigeria, the Commissioner for Information and Civic Orientation in Osun State, Funke Egbemode, has prescribed a rigorous recruitment process of leaders into political offices, adding that the lives of citizens depend on their leadership choice.

Egbemode, who bemoaned the current recruitment process into leadership positions at national and sub-national levels, emphasised the need for education and political conscientisation of citizens to improve their awareness on the requirements for sustainable development.

While also providing statistics showing that the total vote cast during 2021 Big Brother Naija was 1.2 billion compared to 26.3 million national vote cast during 2019 presidential election, Egbemode lamented the misplaced priority of citizens, adding that it was time to place higher premium on issues that affect the lives of citizens over and above issues that provide temporary excitement.

Egbemode, while declaring open the 2021 Press Week of the Osun Chapter of the Nigerian Union of Journalists, commended the Osun State Governor, Adegboyega Oyetola, as a well-groomed leader whose recruitment is a good example of a conscious process.

She also charged media professionals on the need to rev up the performance of their responsibility of presenting citizens with critical information about the choices available to them, adding that media practitioners are duty-bound to educate citizens towards making right choices.

Egbemode said: “We all talk about the Permanent Voter’s Card.

“The PVC is good but it is impotent when it comes to good recruitment process.

“It is like a man that is impotent, who cannot impregnate his wife.

“It is one thing to have your PVC, but getting to the polls to discover that you are faced with the task of choosing between six and half-a-dozen must be avoided.

“Our recruitment process into political offices must change.

“The current recruitment process is going no where, if we are honest with ourselves.

“The difference between Osun and other states in the country is the choice of leader we recruited.

“I dare say that we recruited a great guy, a fine gentleman, one not given to frivolities, one who simply wants to make a difference.

“And that should be a model of recruitment in many other political spaces.

“When we want to recruit a cook, are we concerned about the political affiliation or ethnicity of the person as much as we are about his/her culinary competence?

“The same applies when we want to recruit a driver or other professionals whose services have a bearing on our safety.

“We cannot afford to continue to recruit leaders on whom our lives and the lives of our children depend without any rigour.”

In his earlier remark, former Nigerian Ambassador to the Philippines and Chairman of the Osun State NUJ Press Week 2021, Ambassador Yemi Farounbi, said free and fair election does not guarantee good governance or enduring democracy.

Farounbi, who cited that a free and fair election produced dictators such as Adolf Hitler, said a strong electoral institution in a society that is weak will not produce democracy.

He said: “In a normal democracy, the people must be stronger than the state.

“It is only then the state becomes answerable to the people.

“This is not the case in most developing African countries, particularly Nigeria.

“It is also important that political parties generate the best candidates so that when the people make a choice, it will be a reasonable choice.

“It is only when high calibre candidates are presented that electoral institutions present reasonable choices to the people.”