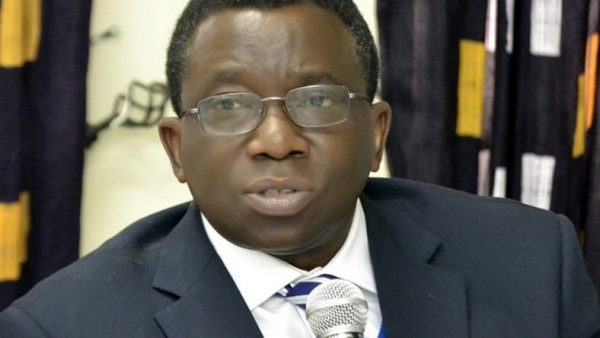 The Federal Government says the seventh edition of the Nigerian Essential Medicine List and Essential Medicine List for Children will be inaugurated in September.
The Minister of Health, Prof Isaac Adewole, made known at the stakeholders meeting for the review of the Approved Patent Medicines List on Saturday in Abuja.
Adewole noted that its inauguration would ensure access to quality healthcare and curb chaotic drug distribution.
The meeting was organised by the Pharmacists Council of Nigeria in collaboration with Pathfinder International and Partnership for Advocacy in Child and Family Health @Scale Project ([email protected]).
The minister said that the list when inaugurated would serve as a guide for those in pharmaceutical sector on the type of drugs they could stock and sell in their premises.
He was, however, represented by Beauty Okologo, Head of the Pharmaceutical Services Division, Food and Drug Services of the FMoH and Secretary Essential Drug Review Committee
The minister noted that the activity would ensure universal access to quality healthcare especially for those at the grassroots.
He specifically noted that the Patent Proprietary Medicine Vendors would be restricted to sales and stocking of drugs in their respective tier lists.
Adewole added that the PCN based on the Approved Patent Medicines List under the EML has classified the PPMVs into three tiers to ensure strict supervision and regulation of services provided by the groups when the list was fully implemented.
According to him, the PPMVs have come to stay because they address issues of access to essential healthcare especially in hard-to-reach areas so there is need for them to be educated in order to understand the drugs they stock and administer.
He emphasised that the tier system would actually curb the menace of drug abuse due to the fact that the PPMVs were not to go beyond their list.
According to Adewole, presently they are supposed to stock over-the-counter medicine although they go beyond that to the extent of carrying out clinical practices.
He said: “So there is need to regulate the practice of the PPMVs and the PCN now came up with these tiers accreditation so that they will be able to regulate and supervise them.
“Tier one is for those people that have the qualification of school certificate and do not have any formal knowledge on health.
“Tier two is for those that have knowledge on health like the nurses and other health personnel that might wish to open PPMV store.
“While tier three are for pharmacist technicians trained by pharmacists in health institutions and health technology.
“The National Drug Formulary, Essential Drug Review Committee has the statutory mandate to come up with the list of medicine that the PPMVs stock and sell in their environment.”
Adewole said that the meeting was set aside for the PCN to update stakeholders on the tiers accredited list of the Patent Proprietary Medicine Vendors.
He also called for the support of partners in ensuring the actualisation of the inauguration of the NEMLC and EML.
Adewole further assured the masses of government commitment at ending the chaotic drug distribution that ensured access to medicine which lead to drug abuse.
The PCN Registrar, Elijah Mohammed, noted that with the new medicine list various tiers of PPMVs would have different lists that allowed them to provide for clients that came to their facilities.
Represented by Emily Olalere, Director Pharmacy Practice of the council, the Registrar said:  “There is going to be training for the accreditation system if it becomes operational, so there is a curriculum in form of when clients can be giving these drugs”.
Olajere added: “In this new list, emphasis is on referral, the PPMVs should be able to refer to the pharmacist and to the Primary Healthcare facilities when the need arises”.
Dr Farouk Jega, Country Director, Pathfinder International, said that the private sector when properly trained, supervised and provided with commodities could provide quality services that would lead to a drastic reduction in maternal and child mortalities in Nigeria.
Jega identified strengthening the PCN’s Approved Patent Medicines List for PPMVs as among the first steps toward achieving the goal.
He said: “We are, therefore, committed to supporting PCN and other government agencies to ensure there is increased access to quality health care services by Nigerians.
“Especially those in hard-to-reach communities where the Community Pharmacists and PPMVs are domiciled.”

Coronavirus: Japan to close all schools

Lawan to Health Ministry on Coronavirus: Your best not good enough