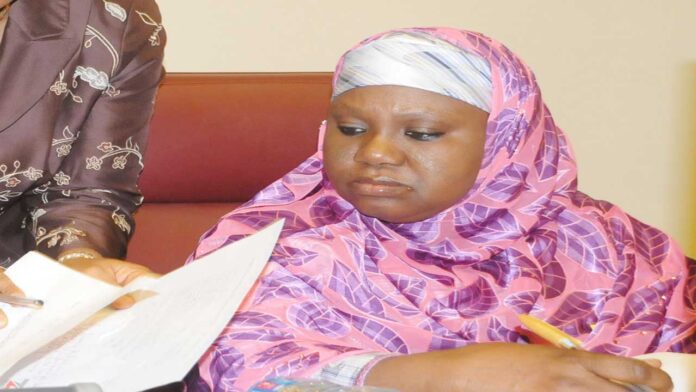 The Federal Government has attributed the upsurge in incessant killings of spouses and other acts of murder in the country to drugs abuse.
The Permanent Secretary, Special Services in the office of Secretary to the Government of the Federation, Amina Shamaki, stated this on Friday in Kano.
Shamaki disclosed this during the 2020 first two-day bi-monthly Federal and States Security Administrators meeting at the Government House.
The Permanent Secretary said the menace of illicit drug use and abuse ‎in Nigeria was alarming, adding that the menace cut across all strata of the society: the rich, poor, young and old people.
She said: “Drug users ‎now experiment with intricate combinations and new discoveries in order to feel high.
“It is common to hear drug users apply lizards dung, pit toilet, soak away fumes and Robin blue powder.
“It is sad that the new experiments are not known to our laws, thereby making it difficult for the National Drug Law Enforcement Agency to control their usage and prosecute users.
“There is need for stakeholders to come up with innovative ways of tackling the menace.
“It is also common knowledge that all known crimes being perpetrated in the country are linked to drug abuse: armed robbery, militancy, banditry and even the recent upsurge in incessant killings of spouses.”
Shamaki advised parents and guardians as well as care givers to monitor their wards closely to ensure they did not engage in drug use and abuse.
The Permanent Secretary also raised concerns at the rate at which Nigeria’s population was growing ‎astronomically‎.‎
She said the United Nations Children’s Fund identified Nigeria as having the third largest population growth after China and India, with estimated nine million births being recorded annually.
She said: “It is worthy to note that the country’s economic growth rate is far less than the population increase.
“This development, therefore, creates a huge deficit of resources available for overall national development, with adverse consequences on the country and its populace.”
On the issue of out-of-school children, Shamaki said the country was grappling with the problem due to its large population of children, insurgency and carelessness of many parents among others.
She said: “It is worrisome that the country has an estimated 10.5 million out of school children, although primary education is declared officially free and compulsory.
“These children are often left to engage in street hawking and are being used to foment trouble in the country.”
On the issue of community policing, the Permanent Secretary urged members of the public to volunteer and support the police in its effort to implement the initiative in order to reduce the rate of crimes and criminality in the country.
Earlier, Governor Abdullahi Ganduje tasked security agencies in the state on synergy, trust and coordination in order to achieve the desired goal.
Ganduje also said that involvement of traditional institutions in community policing would help in promoting peace, unity and security.
In a remark, the Director General, Special Services, Kano State, Colonel Umar Malami (retd), commended the governor for giving priority to security in the state.
According to Malami, the governor’s effort and security agencies made the state the most‎ peaceful in the country.