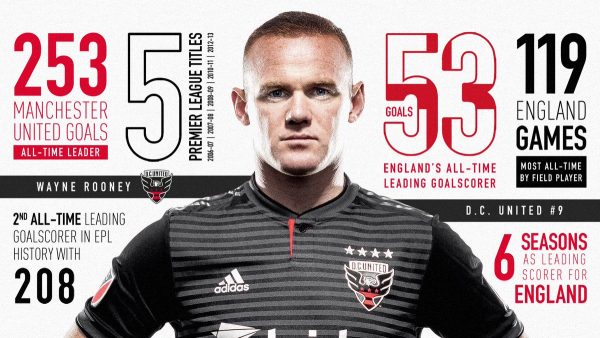 Wayne Rooney helped Derby County dump Crystal Palace out of the FA Cup in a game that saw a referee issue a red card after using a touchline VAR monitor for the first time in English football.
Former England captain Rooney starred for Derby to continue his return to English football with a fine display to help Derby upset a Palace side missing Wilfried Zaha.
Chris Martin scored the winner for Derby and Palace had captain Luka Milivojevic sent off for violent conduct after referee Michael Oliver used the pitch-side VAR screen.
Milivojevic was initially given a yellow card for an off-the-ball clash with Tom Huddlestone in the second half but the referee upgraded the punishment to a red card after looking at replays.
A pitch-side VAR monitor was used to award a penalty during an FA Cup tie between Liverpool and West Brom in 2018.
But this was the first time a referee has used a VAR monitor in England this season.
The red card compounded a bad day for Palace, who will now be without Milivojevic for three Premier League matches.
There was more bad news for Palace manager Roy Hodgson when Jairo Riedewald and Max Meyer both limped off to the injury crisis at Selhurst Park.
Palace were without Zaha as speculation build around his future and a January move to Chelsea.
Hodgson said Zaha was carrying a knock from the 1-1 draw at Norwich in the week and the winger was left out of the squad.
Without Zaha, Palace were poor and went out after Martin scored the only goal on 32 minutes when he turned home a cross from Jayden Bogle.