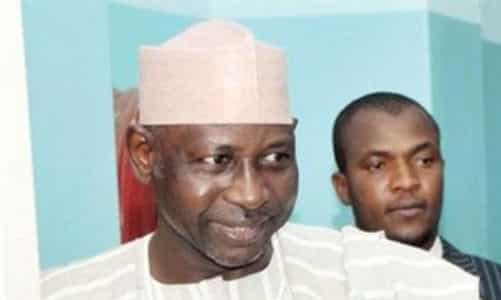 Alhaji Mamuda Shinkafi, a former Governor of Zamfara State, on Sunday defected to the ruling All Progressives Congress.
Shinkafi became governor in 2007 on the platform of All Nigeria Peoples Party and defected to the Peoples Democratic Party in 2008.
He however lost to the APC in 2011 and had since then remained in the opposition.
Shinkafi announced his decision to join the APC at a ceremony in Gusau, the state capital.
According to him: “It is the outcome of a long negotiation between me and stakeholders who have faith in me and my leadership qualities.”
He told all his supporters to join him as he strived to make the APC stronger.
Shinkafi said after series of meetings with stakeholders, he had sincerely made up his mind to join the APC.
He also announced that all his former cabinet members, including his former Secretary to the State Government, Alhaji Mamman Bawa, had joined him in the APC.
The return of Shinkafi to the APC might be a grand plan by the stakeholders in the state to re-elect him as governor in the 2019 elections.
Alhaji Muntari Anka, who served as a deputy governor with Shinkafi, also moved to the APC in Anka Local Government Area a fortnight ago.
Shinkafi was one of those fingered by the Economic and Financial Crimes Commission as partakers of the $115 million slush fund traced to former Minister of Petroleum Resources, Diezani Alison-Madueke, for the 2015 elections.
He was arrested alongside a former Secretary to the Government of Zamfara State, Aminu Nahuce; and the chairman of the PDP in Zamfara State, Senator Hassan Nasiha.
He was accused of supervising N450 million made available to the Zamfara State chapter of the PDP from the fund.
The allegation was made by a former Minister of State for Finance, Bashir Yuguda, in a statement to the EFCC.
He said Shinkafi received N15 million.