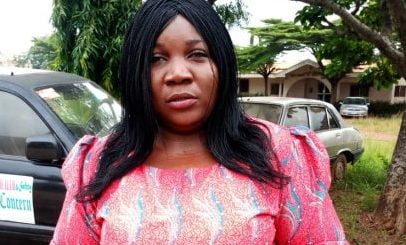 Victims of human trafficking sharing their experiences has been identified as very essential towards ending the practice and its associated vices in society.

This observation was made by an Ebonyi State-based anti-human trafficking expert, Lorieth Nwafor, in an interaction with our correspondent.

Nwafor, the  State coordinator of an Ebonyi State-based Civil Society Organisation, Network Against Child Trafficking, Abuse and Labour, spoke in Abakaliki on Friday in commemoration of this year’s World day against human trafficking.

Nwafor, who explained that human trafficking involves all unlawful acts of trading or transporting people either by coercive or subtle means away from their usual locations in order to exploit them, their work or services, emphasised that the act has continued to give rise to gender-based violence, sexual exploitation, forced labour and other dehumanising outcomes across all ages and sexes.

She emphasised that if victims actively lend their voices, narrating their ugly ordeals and  experiences in the hands of traffickers, it would go a long way towards enlightening the public and discouraging prospective victims from falling prey to traffickers antics.

Nwafor said: “Victims voices are very essential because they have suffered and survived trafficking, and they know what has transpired; they know the kind of abuses they have experienced in the course of being trafficked.

“So it is them that are in position to give first hand information on all you need to know so that it will enable you come up with appropriate intervention strategies.

“If we don’t hear the voices of these victims and survivors, definitely you may not know what went wrong in order to enable you plan your programmes.

“It is for this reason that this years theme: ‘Victims Voice, lead the Way,” was chosen to underscore how essential they are in the fight against human trafficking.”

Nwafor, also the Project Manager of the Non-Governmental Organisation, Initiatives for Social Change in Africa, as well as the state Coordinator of Ebonyi Women and Girls Rights Advocates, decried the high prevalence of Child trafficking in Ebonyi State, which she attributed partly to poverty and ignorance.

She called for concerted effort and cooperation between Government, Civil Society Organisations and public spirited individuals in the State to end the ugly trend.

She said: “Human trafficking in Ebonyi State is so enormous.

“In fact, we as CSOs working at the grassroots, we are faced with so many challenges.

“As I am talking to you, some families don’t even know where their wards are.

“All they know is that Mr A or B came and solicited to take their child to live with him or her without knowing that the child is not living directly with the person, but have been sublet to other persons for gains.

“We have a lot of cases coming from the communities: cases of abandoned children that cannot trace their ways back; Ebonyi children scattered all over the States, doing one kind of hard labour or the other, hawking goods in roads and streets in other cities for their traffic masters without the knowledge of their parents.

“We have boundaries with Cross River and other States where they often traffic these children, even up to Cameroon to be sex workers.

“In fact, Ebonyi is prone to these challenges and there is need for CSOs and Government to come together to see how these things can be totally stopped.

“Our people need to be sensitised, informed, enlightened and empowered to know that most people who come in the guise of wanting to help them or their children may not be genuine.”

In a telephone interview, the State Commissioner for Women Affairs and Social Development, Chinwe Okah, said she had no knowledge about the observance of the World Day Against Human Trafficking on the said date.

Okah maintained that the Governor David Umahi-led administration in the State has changed the State’s narrative concerning child trafficking through its various empowerment programmes, which has drastically reduced the rate parents give out their children to other persons.

Meanwhile, a 20-year-old victim and survivor of human trafficking from Izzi Local Government Area of the State, Nwedu (real name withheld), narrated that she was lured by her trafficker with the promise of sending her to school abroad at the age of 13.

On getting to Onitsha, Anambra State, she was made to serve in a restaurant, after spending some years as a nanny in her masters home, where she faced untold dehumanising experiences, including hawking, hard labour and starvation.

Nwedu narrated: “I wanted to be a nurse, but my parents hadn’t the money to sponsor my education.

“One day, one man visited our house; he drove a car and looked rich.

“He promised my father that he would sponsor me in school, claiming to be living abroad.

“I spent three hard years in the man’s house in Onitsha serving as domestic servant, hawker and errand girl, most times going on empty stomach while making returns to my madam, the man’s wife.

“Most times, especially whenever I complained of hunger or bought some snacks with their money while hawking, the both of them would beat me up with bruises all over my body.

“One day, they asked me to pack my things and join them on a journey.

“They took me to Benin, Edo State and handed me over to a woman running a medium restaurant with guest rooms.

“For another three years I spent working in the restaurant, I was never paid, and each time I asked, the woman would rage at me.

“I later understood that my Onitsha-based master was collecting my renumeration in collaboration with the restaurant owner.

“In fact, the woman on many occasions had asked me to join some of her male customers home for the night but I refused.

“Such refusals never passed without being tortured and starved by the woman.

“All those years, my parents never knew my real whereabout.

“When the suffering became unbearable, I had to run away.

“I was picked up by the Police on my aimless walk to freedom and later reunited with my family with the help of one Non Governmental Organization.

“Today, my dreams have been shattered and I am trying so hard to overcome both the emotional and physical trauma of the whole experience.”

The world day against human trafficking is observed yearly on July 30.

The theme for this year’s commemoration was: “Human trafficking: Victim’s Voices lead the way.”

I have no apologies saying Buhari has good heart – Umahi