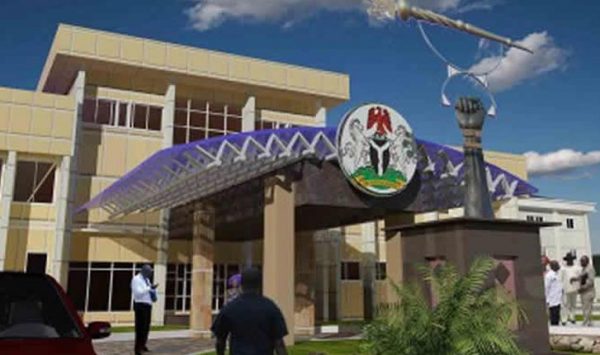 Controversy stirred on Monday at the Ebonyi State House of Assembly as 15 of the 24-member assembly elected a new Deputy Speaker after the purported resignation of the substantive one.

Nwifuru quoted Odefa as writing that after due consultations with his family, selected stakeholders and political associates, adding that the resignation would give him time to pursue other engagements.

Anthony Nwegede (APC–Izzi East) seconded the motion for Ikoro’s election into the position as the members overwhelmingly voted for his election.

Nwifuru congratulated Ikoro and urged him to discharge his duties equitably.

He said: “It gives me joy that Ikoro has assumed this position because when I was the Deputy Whip of the House in 2011, he was the Chief Whip.

“The House is united and once you discharge your duties to the people whatever anyone says will not affect you.”

Odefa, in a swift reaction, while briefing newsmen in the company of other Peoples Democratic Party members of the House, denied ever resigning his House membership or writing any letter to that effect.

He said: “The whole scenario is the desperate ambition of some people who felt uncomfortable that I refused to defect to the APC (All Progressives Congress) with them.

“The question is why should I resign my membership of the House of Assembly when those people are not my constituents who elected me into office.”

He swore never to defect to the APC, insisting that he never attended any meeting, rally or other form of gathering convened by the party.

“I will use all legal means to seek redress on the issue and since I affirmed my membership of the PDP, I have received all forms of threats even on my family members,” he said.

Oliver Osi (PDP-Ivo) also used the occasion to deny ever defecting from the PDP to the APC, noting that he had no reason to leave his party.

NAN recalls that political tension heightened in the state since February 19 when Odefa affirmed his PDP membership and raised alarm over planned impeachment on him in the House.