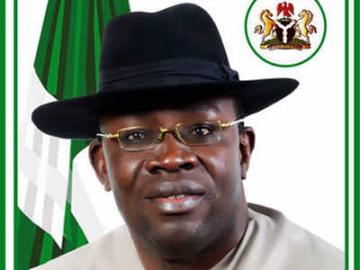 Governor Seriake Dickson of Bayelsa State on Thursday dropped seven commissioners from the State Executive Council in a major cabinet shake-up since his administration was inaugurated on February 14, 2012.
The governor said the development was due to the ongoing re-organisation of government Ministries, Departments and Agencies for optimal implementation of the state’s Restoration Agenda.
In a statement signed by the Chief Press Secretary to the Governor, Daniel Iworiso-Markson, on Thursday, the governor said that the sacking of the commissioners was with immediate effect.
The statement named those affected as Francis Egele, the Attorney-General and Commissioner for Justice; Ayakeme Massa, Trade, Investment and Industry; and Dr. Anapurere Michael Awoli, Health.
Others are Nelson Belief, Tourism Development; Gesiye Isowo, Special Duties (Federal Projects); Parkinson Macmanuel, Science, Technology and Manpower Development; as well as Dr. Sylvanus Abila, Environment.
The affected commissioners were also requested to hand over to the permanent secretaries in their various ministries.
The statement said that the governor expressed gratitude to them for their commitment to service, diligence, hard work and invaluable contributions to the successes attained by the administration in the last two years.
The statement added: “The governor wished them well in all their future endeavours.
“You may be called upon to serve the state in other capacities in future.”
The statement further explained that the re-organisation, which was for improved service delivery in the execution of government’s programmes, would be a continuous exercise.