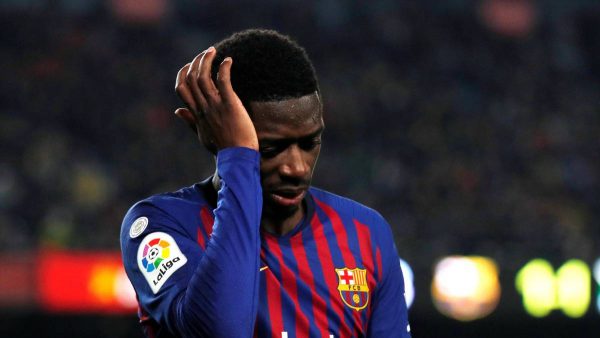 Barcelona could reportedly fine Ousmane Dembele after the attacker failed to turn up for a team meeting at the club’s training ground on Sunday morning.

The France international’s contract at Camp Nou is due to expire at the end of June, and he has been told to sign a new deal or leave before the end of the January transfer window.

Dembele was left out of the squad for Thursday’s Copa del Rey clash with Athletic Bilbao and was also omitted from the squad for Sunday’s La Liga match with Alaves.

According to AS, the 24-year-old was not present at a team meeting on Sunday morning, claiming that he was too unwell to attend.

However, the report claimed that the club did not believe his story, and Dembele could now face a fine under the rules imposed by Xavi upon his return to Barcelona as head coach.

Despite the current situation, the forward is still allegedly open to signing a new deal at Camp Nou, with his agent Moussa Sissoko due to travel to Barcelona this week to meet with the La Liga club.