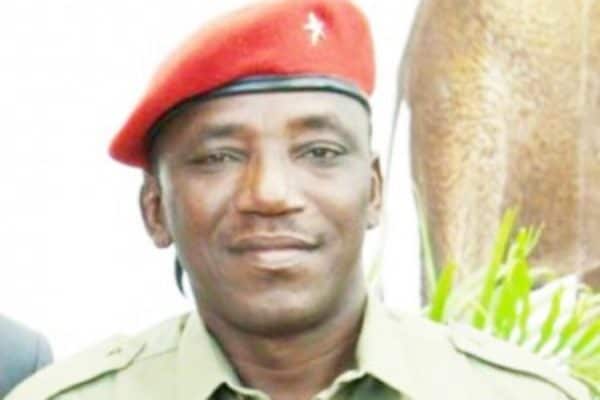 The Minister of Youth and Sports, Solomon Dalung, has congratulated Nigeria’s U-19 Cricket Team, the Junior Yellow Greens, for picking the country’s first ever spot at the Cricket World Cup after topping the weeklong qualifying series held in Windhoek, Namibia at the weekend.
Nigeria defeated Sierra Leone with two wickets in a tension soaked encounter that was the highlight of the weeklong run of victories against Africa’s Division one Cricket powerhouses, including Namibia, Tanzania, Kenya and Uganda.
Dalung said the qualification has proven that Nigerian sportsmen and women can do exploits if given the right support to compete.
He said: “I congratulate the Junior Yellow Greens for clinching Nigeria’s first ever Cricket World Cup ticket. We have recorded another first. This is a great feat and also shows that a great future lies ahead of our youthful sportsmen and women with the right leadership and administration.
“I also congratulate the Nigeria Cricket Federation especially the President Dr Adams Yahaya Ukwenya for the new lease of life being pumped into the development of the game of Cricket in the Country. Just last month, the Cricket World Cup Trophy was brought to Nigeria to create awareness of the game and encourage the players.
“Today, you have made your mark in Cricket which was also made possible by ensuring that the right people are elected to run the Federations. We are happy about your qualification for the ICC U-19 World Cup in South Africa and we want to assure you that government will support the youngsters as they prepare for the World Cup.”
Nigeria recorded the required total of 139 runs for the loss of 8 wickets in 44.2 overs in what could be described as the best performance in the tournament.
Peter Aho was named Man of the Match with his bowling and batting statistics of 2 wickets and 21 runs Not out while the Junior Yellow Greens emerged the first team in the whole of North/West Africa to qualify for the ICC U-19 World Cup scheduled to take place in January 2020 in South Africa.