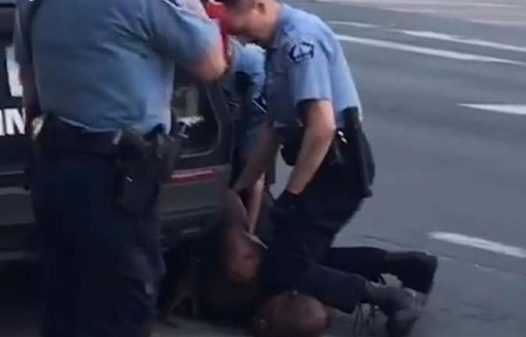 Anti-racism and Black Lives Matter groups plan to hold a rally in central London and a nationwide kneeling on Wednesday to protest the death of African-American man George Floyd in US police custody.

Black Lives Matter in London encouraged protesters to wear red at an afternoon rally in Hyde Park to “protest against the rights of black people being abused globally.”

Stand Up to Racism urged people across Britain to “take the knee on (their) doorstep and/or hold signs … to say #JusticeForGeorgeFloyd #BlackLivesMatter” at 6pm (1700 GMT).

“We understand the anger that has motivated people to come out and protest across the USA and also here in Britain,” the group said, following earlier protests in London and other British cities.

It called for “socially distanced protests to show solidarity with those resisting racism in the U.S. and against the policies that have led to massively disproportionate BAME deaths in the COVID-19 pandemic in Britain.”

BAME is an acronym used by the British government and other organisations for black, Asian, and minority ethnic people.

“BAME communities are also disproportionately impacted by the rapid economic contraction, as well as police brutality which is not unique to the U.S., as the recent tasering by police of Desmond Ziggy Mombeyarara in Greater Manchester shows,” Stand Up To Racism said.