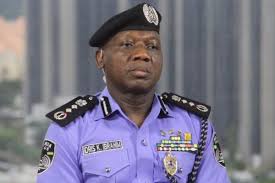 The Inspector-General of Police, Alhaji Ibrahim Idris, has sympathised with Etsu Nupe, Alhaji Yahaya Abubakar and traders of the Bida old market in Niger over a fire that destroyed over 600 shops on Thursday.
Idris spoke through the Commissioner of Police, Paul Yakadi, who paid a courtesy visit on Etsu Nupe on Sunday.
The police boss expressed regret over the devastation caused by the inferno and its effects on the victims.
He said the loss of properties to the disaster was a huge setback to the traders, Nupe community, the state and the country in general.
The police boss urged the management of the market as well as the traders to always adhere to safety measures and avoid acts that could lead to fire outbreak.
Idris lamented the huge losses incurred by the shop owners and appealed to well-meaning people to assist the victims of the inferno through donations.
He also appealed to the state government to establish a fire station at the market to avert a recurrence.
He explained that people should take it as an act of God and prayed to God against reccurrence of the unfortunate incident.
The IGP also appealed to shop owners to “always switch off their electrical appliances before closing from work”.
Responding, the Etsu Nupe, Abubakar, commended the IGP for the prompt intervention of police in calming the situation.
He said the police quick intervention minimised the scale of looting and helped to restore law and order.
The Etsu Nupe also appealed to those who allegedly looted goods from the market during the fire to have the fear God and return them.