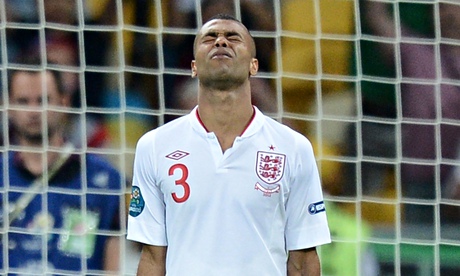 Ashley Cole has confirmed his retirement from football live on TV during the build-up to Chelsea’s Premier League clash with Leicester City.
The 38-year-old last played for Derby County last season, having been signed on a short term deal in January by former Chelsea teammate Frank Lampard.
His retirement brings to an end a career which saw him win three Premier League titles, seven FA Cups, the League Cup and the Champions League.
He was also part of Arsenal’s Invincibles team, who won the Premier League in 2004 after remaining unbeaten for the entire season.
“After hard-thinking and consideration, it was time to hang my boots up and look forward to my next chapter, which will hopefully be coaching,” he said.
“I am doing the course at the moment and now I want to be great as a coach.”
Cole was often a divisive figure during his player career, having stunned Arsenal fans after leaving his boyhood club for Chelsea back in 2006.
The move was soured by comments in his autobiography, which saw him claim he nearly “swerved off the road” when he received a contract offer of £60,000 a week from the Gunners, rather than his desired £65,000 a week salary.