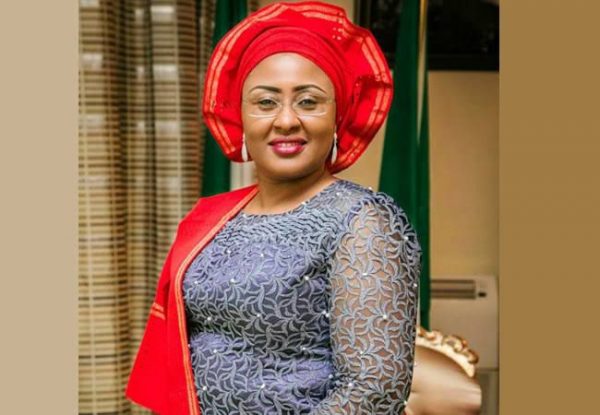 Aisha, wife of President Muhammadu Buhari on Saturday in Abuja charged stakeholders in the All Progressive Congress (APC) to rally support for female aspirants of the party.

She gave the charge at a summit of APC female aspirants ahead of the party’s primary elections.

She said the summit aimed at forming a united front to ensure victory for female aspirants at the party’s primary elections as well as at the 2023 general elections.

“I will be with you; stand by you and defend you as the wife of the president,’’ she assured.

She stressed that women must work hard and in unity to create the necessary space for themselves within the political arena.

Aisha charged women to support themselves to actualise their dreams to ensure gender mainstreaming and greater women participation in the country’s political affairs.

“Efforts made by our party towards promoting women participation are commendable.

“I appreciate the party’s recent gesture of offering free nomination forms for female Aspirants,’’ she said.

The APC in April declared free nomination forms for women aspirants for all elective offices at the 2023 general election.

That was barely 24 hours after a Federal High Court in Abuja ruled that government must implement the 35 per cent affirmative action for women.

The female aspirants would still pay prescribed fees for Expression of Interest forms, however.

Before April’s waiver, female aspirants in the party enjoyed a 50 per cent discount for Expression of Interest and Nomination forms.

Aisha appealed to the party’s leadership to institutionalise the 35 per cent affirmative action in the partys Constitution to guarantee womens aspirations for elective and appointive positions.

She commended the party’s leadership and its Progressives Governors for the support rendered to APC women over the years and urged them to sustain the tempo.

“It is now time to believe in women and to show us increased solidarity during elections,’’ she said.

Aisha advised the female aspirants to be determined to achieve their political ambitions.

In her remarks, APC’s National Women Leader, Dr Betta Edu, commended the courage, tenacity, and doggedness of the president’s wife in standing for the course of women in Nigeria.

“For the first time in Nigeria, the wife of the president walks into the legislative arm and speaks up for women; history will never forget you,’’ she said.

One of the female aspirants, who spoke with the News Agency of Nigeria on the condition of anonymity, expressed their determination to win the contests.

According to her, the constituency is yearning for a change in its political equation because since 1999 when Nigeria returned to democracy, it had not benefited much in democracy dividends.