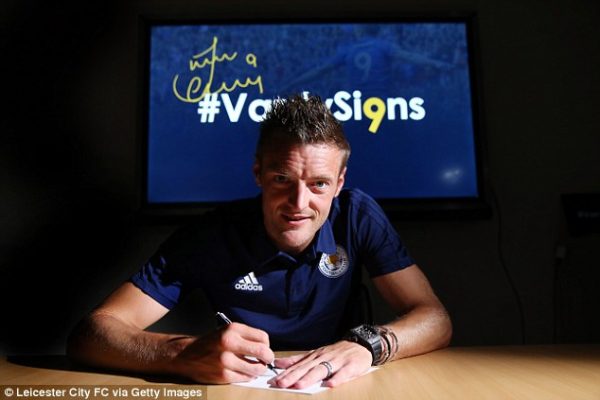 Leicester City striker Jamie Vardy has signed a new four-year contract extension at the King Power Stadium.
Vardy netted 20 times for the Foxes during the 2018-19 campaign, helping the club to a top-half finish and earning a place in the England squad for this summer’s World Cup in the process.
The 31-year-old has regularly been linked with a move to a top-six club since Leicester’s title-winning 2015-16 season, but he has now committed his long-term future to Leicester once again by agreeing a deal which will keep him at the King Power until 2022.
Vardy has scored 88 goals for Leicester across all competitions, leaving him 10th in the all-time top-scorer list for the club.