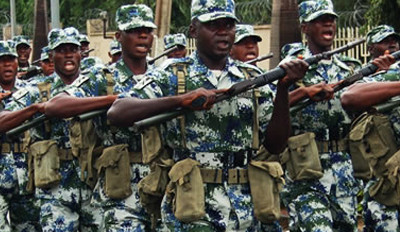 News filtered in on Saturday that troops have regained two additional towns under the control of Boko Haram in Yobe State.
The towns are Buni Yadi, the headquarters of Gujba Local Government Area, and Buni Gari.
A statement by the Nigerian Army said during the operations, the Nigerian troops encountered little resistance as the insurgents were on the run.
The statement said cordon and search and mopping up operations are ongoing in these areas.
It equally said operations by troops are also continuing to recover the few areas remaining in the hands of the terrorists.