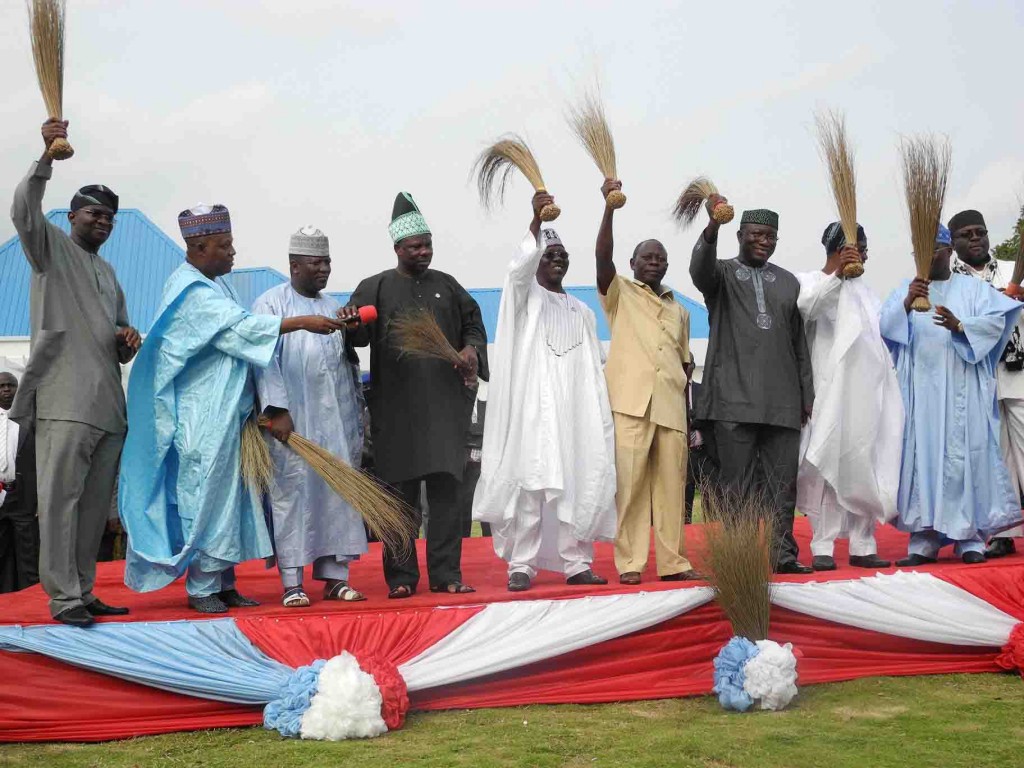 The Lagos State chapter of the All Progressives Congress has challenged other notable Nigerians to speak out on the present leadership crisis afflicting the country as we all stand to go under should Nigeria cave in to the relentless pressure from bad and corrupt leadership.
The party says that time has come for Nigerians, pushed to the wall by the large-scale impunity and corruption pervading the polity at present, to react so as to save the country from impending perdition.
In a statement by the Lagos State Interim Publicity Secretary of the APC, Joe Igbokwe, the party said that it takes good men to remain quiet for evil to continue, as is the case in the country at present.
It warned that those who live in stoking the embers of hate and division so as to continue to stay in power and enrich themselves at the expense of Nigerians will get consumed in the fire they have lit.
Igbokwe said in the statement: “We feel that the present situation where gargantuan leadership mess, monumental impunity and overwhelming corruption are being perpetrated on the system by the present PDP government has reached a point Nigerians cannot keep quiet any more. We believe that the battered economy that has made Nigerian citizens destitute while enriching the cabals that control state power in Nigeria needs to be challenged. We believe that the rank impunity and outlawry that the present incompetent PDP federal government employs to batter Nigerians to continue tolerating it needs to be challenged. We believe that the charade, confusion and failure that has hit the Jonathan government is enough to nudge Nigerians to speak out, as had the former president and Leader of PDP, General Olusegun Obasanjo, recently did.
“At a time bare criminality and massive corruption have been brought to deface the true face of governance, we feel that other Nigerians must speak out to ensure the present drift is arrested and the country steered aright for the sake of the present generation and the generations yet to come. While we share the general public view that Obasanjo remains a poor example of good governance, as other PDP leaders, we also believe, with millions of Nigerians that he merely summarized the views millions of Nigerians share on the present state of affairs of the drifting country. We join other Nigerians to demand that the present government respond convincingly the issues raised by Obasanjo in his letter. We state the issues are too strong to be swept under the carpet, as the present Jonathan government usually does.
“But besides the Obasanjo letter, Lagos APC feels that time has come for Nigerians to rise with a deafening voice against the rising impunity and the deliberate defacing of governance with huge acts of corruption and the inciting of Nigerians against each other; all in an effort to promote the personal interests of the very cabal that is destroying the country at present. We feel it is time Nigerians speak out against the contrived impunity deployed to Rivers State. It is time for Nigerians to speak out against the callous cleansing of the treasury to favour cronies, court fawners and hirelings of the present federal government. It is time for Nigerians to speak out against the manipulation of the judiciary, not only to protect the electoral loot of the PDP and its cohorts but to free killers, thieves and corrupt politicians from legal sanctions just to meet the inordinate ambition of the present government. We feel Nigerians must now rise up against a
hollow, incompetent, clueless government which now lives in stoking ethnic and religious sentiments so as to remain in power.
“Lagos APC believes that fifteen years is a huge time to waste in the life of a nation and Nigerians must come to the reality that the colossal failure of the present government and previous PDP governments are enough signal for change, which APC stands to provide. But before then, we believe that the Nigerian ship must be saved from certain perdition. Respectable voices should shun the nectars and honey being freely distributed by the Jonathan government to compromise leading Nigerian voices and continue perpetrating horrible infractions on the Nigerian system. We urge every voice to speak up now or else, remain complicit in the on-going destruction of Nigeria.”