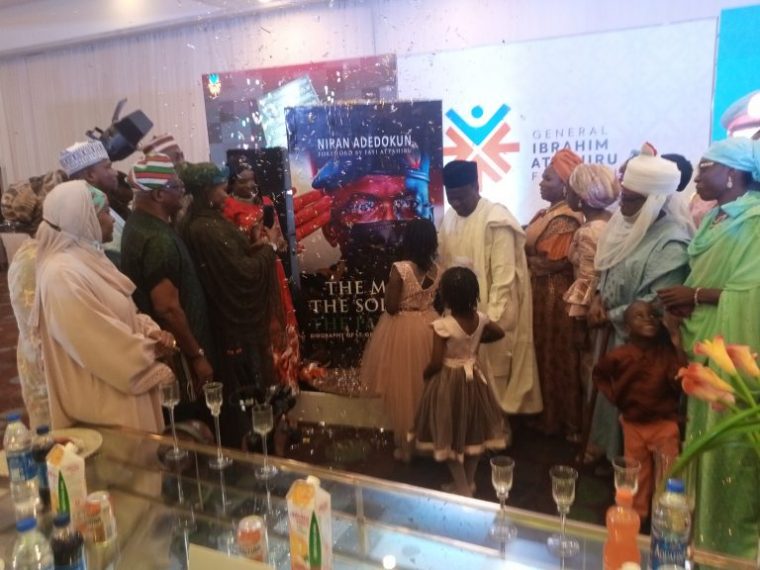 Nobel laureate, Prof. Wole Soyinka, on Saturday eulogised the late Chief of Army Staff, Lieutenant General Ibrahim Attahiru, for his sacrifice for Nigeria to ensure that it remained safe, secure and united.

Soyinka spoke at the one-year memorial of the late Attahiru and unveiling of General Ibrahim Attahiru Foundation.

Also unveiled was his biography, titled: “The man, the soldier, the patriot,” written by Niran Adedokun.

Soyinka, who delivered a tribute, titled: “To All Who Give Their All for All,” said the nation had continued to pay huge price to impunity of religion and continued to suffer from the menace.

He urged religious leaders to play sufficient role in promoting religious tolerance and harmony towards putting an end to impunity by their followers.

He cautioned Nigerians to show restraints killing each other in the name of religion, insisting that it was high time culture of impunity was eradicated in the country.

He said: “We have already continued to pay too high price for the culture of appeasement and impunity.

“Let it end now in the name of all those who have served this nation and given their lives for this nation.”

The Chief of Army Staff, Lieutenant General Faruk Yahaya, in his tribute described the late Attahiru as a leader par excellence, who cared about his comrades and subordinates in the discharge of his military profession.

Yahaya, who was represented by the Chief of Civil Military Affairs (Army), Major General Marcus Kangye, said the late COAS was a source of inspiration to many officers and soldiers.

According to him, his exemplary leadership style equalities as a professional military officer was a catalyst for the officers and men of the Nigerian army.

He said: “He inspired officers and men of the Nigerian army to strive for success in operations across theatres of operation in the country.

“I am proud to say that his legacy lives on and he will forever be remembered from generation to generation.”

Yahaya commended the brain behind the creation of the foundation, saying it was a step in the right direction to give memory of the late general alive.

He said the establishment o GIAF had given credence to the saying that “old soldier never dies”, adding that it was an opportunity to remember the senior officers and soldiers who paid the supreme sacrifice along with Attahiru.

He pledged that the Nigerian Army would always uphold the values and principles for which the late army chief was known.

Also, Babajide Otitoju of Television Continental eulogised the late army chief, whom he described as a selfless and passionate military officer with zeal to achieve results.

Otitoju recalled the order of the late Attahiru to troops in the North East to clear terrorists from Marte in Borno State within 48 hours, which was achieved.

He also recalled the late COAS’ interaction with members of the National Assembly, saying the instances endeared late Attahiru to him.

Otitoju, who said he had always criticised President Muhammadu Buhari’s appointment of public officials, said he lauded Buhari for the first time on the appointment of late General Attahiru.