PDP raises alarm over plot to arrest its leaders in Bauchi 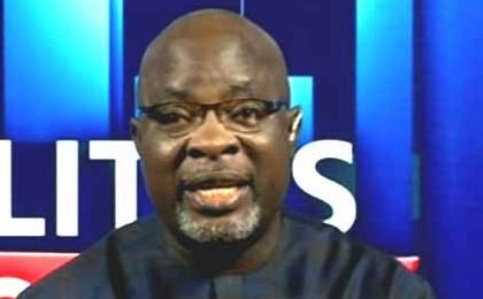 The Peoples Democratic Party has said it is in receipt of credible intelligence that the All Progressives Congress has plotted to use compromised security personnel for a mass arrest of top leaders of the party in Bauchi State so as to put them out of circulation and enable the All Progressives Congress have a field day to rig the ongoing supplementary election in the state.
The PDP, in a statement on Saturday by its National Publicity Secretary, Kola Ologbondiyan, also said it has been informed of plots by the APC to unleash its thugs and compromised security agents to storm polling units between 1pm to 3pm to snatch election materials and change results and take them to the Independent National Electoral Commission office in Bauchi for collation and announcement.
The statement added: “The PDP leaders earmarked for the illegal mass arrest by the APC include but not limited to Alhaji Bello Kirfi, Senator Abdul Ningi, Senator Suleiman Nazif, Senator Isa Hamma Misau, Alhaji Hamza Akuyam, PDP Bauchi State Chairman, Hon Salisu Zakari Ningi, Hon Ahmed Yerima, Hon Samaila Burgah, Hon Aminu Tukur as well as PDP leaders and agents in the 29 polling units where elections are holding in the state.”
The party said Nigerians should hold the APC responsible should any harm that befalls any of its leaders or members in Bauchi State during and after the elections.
The party however stated that such underhand scheme by the APC will not deter it from standing firm in resisting all aggression and consolidating on its already established victory in Bauchi state.
It said: “All our members are at red alert in monitoring the electoral process; we will never allow any alteration of results as delivered at the polling units and that nobody, no matter the machination deployed, can rig us out in this election.”