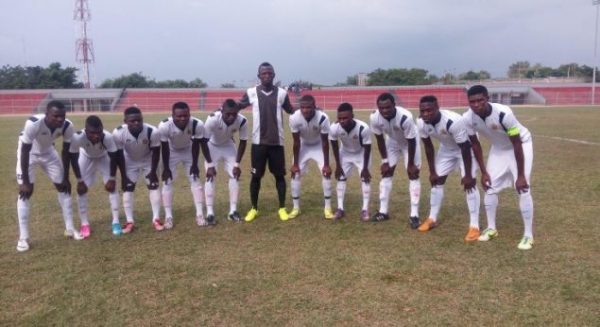 Osun United Football Club have lined up friendly matches as part of their preparation ahead of the second round of the 2018 Bet9ja Nigeria National League season.
Osun United preparations from World Cup break received a big boost having secured a high-profile double leg friendly match against Nigeria Professional Football League side, Kwara United Football Club.
The Harmony Warriors and the Omoluabi Giants will clash at the Kwara State Sports Complex, Ilorin on July 7 by 3pm.
While the Omoluabi Giants will be welcoming the Harmony Warriors to the Oshogbo Township Stadium on July 10 by 3pm for the second leg friendly arranged in order to keep the two teams in best shape before the NPFL and NNL resumption from World Cup break.
“The game against Osun United will be a good practice for my players. We are more concerned about the players remaining match-fit and injury-free,” Kwara United Coach Bala Abubakar told Osun United media.
The friendly match interestingly will also afford Osun United head coach Duke Udi to test his newly assembled team against a top opposition.
The friendlies will give Coach Udi proper assessment of his team and also be used to try out various defence and midfield pairings and attacking options
“We are delighted to confirm a double leg friendly against Kwara United. The matches will help us prepare better for the crucial Nigeria National League. This will be a very good build-up to get my players well prepared for league.”
Udi confirmed they will also play warm-up game against Nationwide League One side Choice FC on July 4, 2018 at the Oshogbo Township Stadium by 3pm.