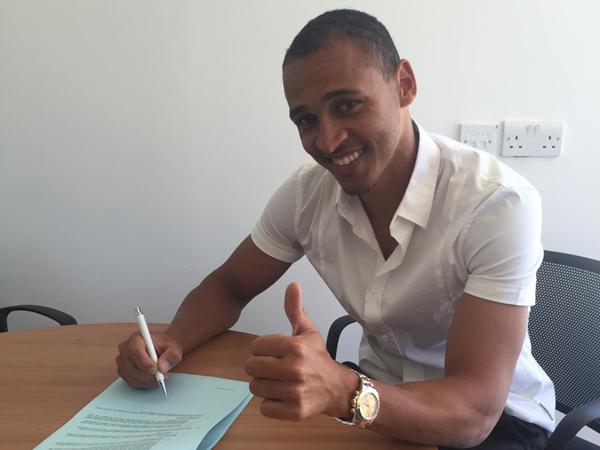 Nigerian striker, Osaze Odemwingie, on Monday announced the arrival of his first daughter, Sophia.
A proud Odemwingie, who is currently unattached to a club, shared the photos of himself and his adorable daughter on his Twitter wall.
The 35-year-old, who has featured for West Brom, Cardiff City and Stoke in the English Premier League, also joked about the arrival of his third child.
Odemwingie and his wife, Sarah Fallon, got married in 2012 and already have two sons together.
“Hi everyone our, little princess Sophia was born early this morning. So proud of my wife! Praise God,” he wrote on Twitter.
“Thanks for the messages. She is such a good girl she waited for the Ryder cup to finish before telling us it’s time to go to the hospital.”
Odemwingie spent a week on trial with Hull City in the summer as he bid to resurrect his Premier League career.
He scored 37 Premier League goals in 129 appearances.