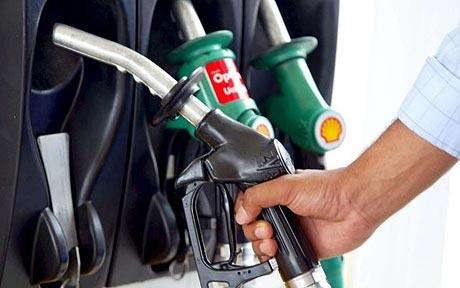 Normalcy seems to have returned to petrol stations within Lagos metropolis as most of them were seen selling petrol on Thursday.
The followed the directive of the Federal Government to Dr. Ibe Kachikwu, the Minister of State for Petroleum Resources, to clear the queues.
A News Agency of Nigeria correspondent who monitored the situation reports that most filling stations within Lagos metropolis that had products were opened to customers.
Kachikwu was directed on December 6 during the Federal Executive Council meeting alongside Dr. Baru Maikanti, the Group Managing Director of the Nigerian National Petroleum Corporation, who had to leave an official function in the United Kingdom to hurriedly return home over the scarcity, to ensure immediate availability of the product across the country.
An official of Mobil Petrol Station at Agidingbi, who preferred anonymity, said all stations that had products were directed to sell them to avoid being sealed.
The manager attributed the current availability of petrol to increased supply from the depots.
He said the NNPC, through the Department of Petroleum Resources, directed all Lagos depots owners to increase the volume of petrol supplied to stations in Lagos.
According to him: “We have been instructed to commence 24-hour sales in all our retail outlets in Lagos.
“Today alone, we were supplied two-tanker load of petrol and we are likely to still get one tanker of the product today.
“We hope that this trend will continue till the end of the year.”
Azeez Osuolale, the manager of a Mobil Petrol Station in Maryland, said the station is providing 24-hour services to motorists, adding that normalcy was gradually returning.
Osuolale said the availability of the product had forced many filling stations to sell at approved official price of N145.
He said: “Those selling above pump price of N145 per litre are risking their business because DPR will not spare them if they are caught.”
An Oando petrol attendant, Shina Adetayo, said: “I am happy that the era of long queues to buy petrol is gradually ending because of late closure from office.
“NNPC should do all within its power to regularly make petrol available at filling stations.”
NAN reports that most filing stations around Falomo, Obalende, Ikeja, Iyana Ipaja, Abule Egba, Ojota, Onipanu, Ojuelegba, Lawanson, Stadium Road, Orile, Ikorodu and Shomolu were busy dispensing the products.