New Year: I won’t let anyone down – Dickson 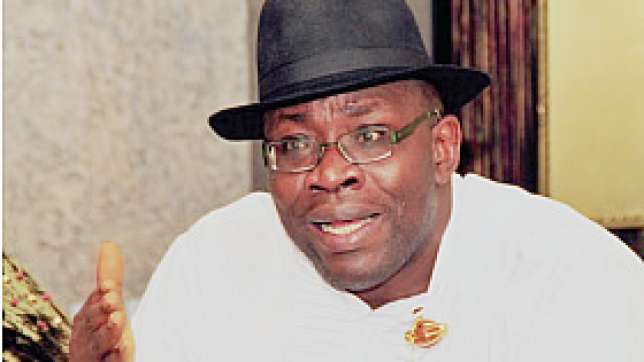 Share
Facebook Twitter LinkedIn Pinterest Email
Governor Seriake Dickson of Bayelsa State has urged people of the state to be hopeful of better things in 2018, promising that his administration would not let them down.
Dickson’s assurance wa contained in his New Year Message issued by his Chief Press Secretary, Francis Agbo, in Yenagoa on Saturday.
He said: “My administration is sensitive to the yearnings of my people in the state; I am not going let anyone down.
“I enjoin everyone to be hopeful of better things to come in 2018.”
Dickson said his administration was working very hard to finish strong and consolidate on the achievements already made.
The governor called on the people of Bayelsa State to remain united and guard against agents of destabilisation in order to sustain the prevailing peace and development of the state.
He also appealed for more unity among leaders in the country ahead of the 2018, and prayed that the year would be fruitful to Nigerians.
“2018 provides an opportunity for the political leadership to unite the peoples of this country to stem the tide of the ethno-religious division in the country,” he said.
Dickson urged the citizens to remain steadfast in God and pray for peace and stability of the nation.
“It is when the leadership deliver selfless services backed with the fervent prayers of the citizenry that the country will attain its pride of place in the comity of nations,” he said.
The governor urged citizens to be thankful to God for his protection and for seeing them through.
Francis Agbo New Year Seriake Dickson
Share. Facebook Twitter Pinterest LinkedIn Tumblr Telegram Email