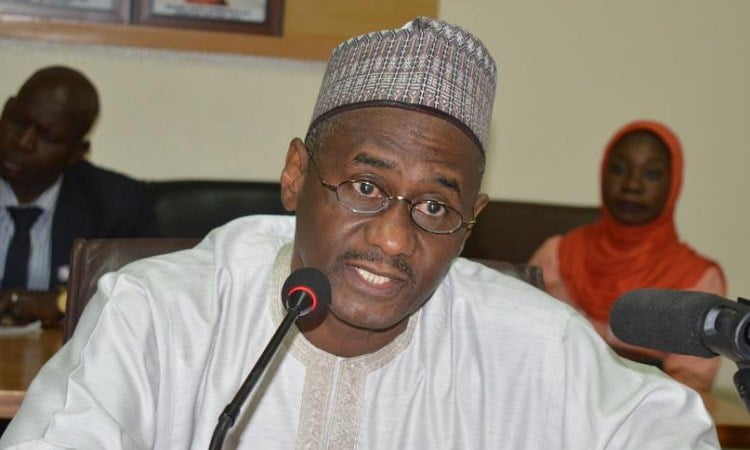 The former Executive Secretary of the National Health Insurance Scheme, Prof. Usman Yusuf, says the N5.4 billion recently recovered by the Economic and Financial Crimes Commission for the scheme is a child’s play compared to the humongous amount still trapped in Nigerian banks.

Yusuf says there is still over N100 billion of such funds trapped in Nigerian banks.

In a statement he released on Monday in reaction to the recovered funds, Yusuf, a Professor of Haematology/Oncology, who headed the NHIS from July 2016 to July 2019, also said even the recent recoveries were a result of the work his team did years ago.

He said the amount still being held illegally in some commercial banks years after the federal government’s directive to the contrary can make an impactful difference in the lives of Nigerians in mitigating the challenges in our healthcare system.

Professor Yusuf said he had refrained from making comments on the issue since the news of the recovery broke, but had to break his silence because some people were “mischievously” insinuating that he was complicit in the supposedly ‘trapped funds of NHIS’ recovered by the EFCC.

Yusuf said he found out that several banks were illegally holding over N100 billion of NHIS funds shortly after he resumed as the executive secretary in 2016.

He said he told several senior government officials, but those were either not interested in listening to him or were not ready to do anything about it.

The former NHIS boss said he found out about the trapped funds through a forensic audit which he ordered, when nobody in the NHIS could provide information about the scheme’s financial status.

“When I assumed office as the Executive Secretary of the NHIS in July 2016, no one in the Scheme could tell me the exact amount of money the NHIS had and where it was lodged. I, therefore, employed the services of an independent accounting firm to do a forensic audit of all NHIS accounts.

“They presented the final report to me in the last quarter of 2017. The report showed that 13 commercial banks had outrightly refused to remit over one hundred billion Naira of NHIS funds to its TSA Account in the CBN in direct violation of FGN’s directive.”

According to him, the government officials he contacted to enable the NHIS recover the trapped funds included the then management and NHIS board; the former Minister of Health, Professor Isaac Adewole; CBN Governor, Godwin Emefiele; former Chief of Staff to the President, late Abba Kyari; the Accountant-General of the Federation and the Secretary to the Government of the Federation, Babachir Lawal.

But he said nothing came out of it..

He said further: “I first presented the forensic audit report to the NHIS management. I then presented it to NHIS Governing Council at its maiden meeting in March 2018. The then Honourable Minister of Health (Professor Isaac Adewale) was also made aware. The chairman of the governing council, through a third party, reached out to the CBN Governor for help in recovering the funds.

“I personally met with the late Chief of Staff to the President (Mallam Abba Kyari) in his office and gave him a copy of the report. I also reached out to the Accountant-General of the Federation on the matter.”

The former NHIS boss said he also reached out to the former Minister of Finance, Kemi Adeosun, who repeatedly refused to grant him an audience.

“The then Minister of Finance (Mrs. Kemi Adeosun) refused to meet with me to discuss the matter in spite of my repeated requests for a meeting.

“I reported her refusal to see me to the then Secretary to the Government of the Federation (SGF), Engr. BD Lawal, who called her in my presence and asked her to please see me, but she never did until she left office.”

He said the Minister of Justice and Attorney-General of the Federation, Abubakar Malami, and the former health minister, Adewole, appointed a ‘whistleblower’ to recover the funds.

“The Attorney-General of the Federation was also aware because he and the Honourable Minister of Health (Prof. Isaac Adewole) issued separate letters of appointment to a gentleman who presented himself to them as a so-called ‘whistleblower’ offering his services to recover missing government funds.

“The accounting firm that did the forensic audit had no knowledge of this fake whistleblower’s outreach to the two Honourable Ministers.

“Based on whatever falsehood he presented to the two Honourable Ministers, he was appointed to recover the funds which would have entitled him to get his cut as a legitimate ‘whistleblower’,” he alleged.

He said that subsequently, the recovery was transferred to the office of Asset Forfeiture of the Federal Ministry of Justice, headed by a Deputy Director.

Yusuf lamented: “There is no hospital in this country that functions optimally; that is why those that can afford it seek healthcare outside the shores of this country.

“For the teeming majority of Nigerians that don’t have such choices, especially the most vulnerable among us, it is unconscionable for commercial banks to illegally hold onto this quantum of NHIS money.

“NHIS money, still held illegally in the vaults of commercial banks six years after the FGN directive to the contrary, is money that can make an impactful difference in the lives of our people and in mitigating the daunting challenges in our healthcare system.

“The reported recovery of N5.4b by the EFCC, though commendable, is just a tip of the iceberg. There are billions more unaccounted for that need to be recovered.

“Recovering and utilizing this money for the good of our people should be made an urgent national priority.

“The nonchalant and unsupportive body language of the senior administration officials I ran to for help and some Bankers willingness to make illegal deals instead of returning the whole money back to the NHIS, were very disappointing and depressing experiences to say the least.

“I felt alone and abandoned in the trenches without covering fire in this government’s fight against corruption.”

The former NHIS boss raised seven questions, which he says officials of the government need to answer:

“What is the status of recovery of the rest of the funds? How much has the Federal Ministry of Justice or any other government agency recovered so far, and where is the money? How did the National Assembly (NASS) allow this to happen in spite of its oversight (functions)? How did the office of the Auditor General miss this?

“How did the office of the Accountant General miss this? How did Organised Labour (NLC & TUC) (which has) a seat on the NHIS Council miss this? Has any person or bank been sanctioned?”

How lack of autonomy is impeding primary healthcare in Ebonyi, by Oswald Agwu