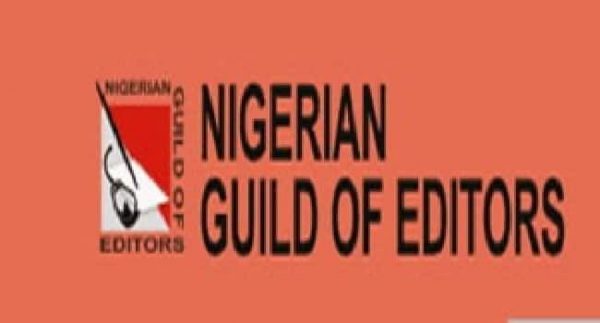 The Nigerian Guild of Editors has concluded arrangements to hold its Biennial Convention in Ikeja, the Lagos State capital.
The Convention, scheduled to hold from April 28 to 30, 2017, will take place at the Lagos Airport Hotel, Ikeja, Lagos State.
The theme of the convention is: “A Nation in Recession: Whither the Nigerian Media?”
It will be chaired by Malam Kabiru Yusuf, the Chairman, Daily Trust Newspapers limited.
The Lagos State Governor, Akinwunmi Ambode, who is the Chief Host, is billed to deliver an address and declare the Convention open.
A quintessential communication expert and political lobbyist, Emma Agu, will present a paper on the theme of the Convention.
The Biennial Convention, one of the largest gatherings of Nigerian Editors, brings together over 300 editors and other media professionals.
The forum will produce a new executive, led by a new President, to oversee the affairs of the Guild in the next two years.
The tenure of the current executive, led by Funke Egbemode, the Managing Director and Editor-in-Chief of New Telegraph newspapers, began with Femi Adesina in 2015 and was truncated when he was appointed Special Adviser to President Muhammad Buhari, a few weeks after the election.
Adesina handed over to Malam Garba Deen Muhammad, who was the Deputy President, and his position was ratified during the 11th ANEC in Yenagoa, Bayelsa State.
A few months after the mantle of leadership changed hands, Muhammad was appointed Group General Manager, Group Public Affairs Division of the Nigerian National Petroleum Corporation.
Again, power shifted to Egbemode, who was then the Vice-President (West), and her new position was ratified during the 12th ANEC in Port Harcourt, Rivers State, in 2016.
To facilitate the election process, the Guild has appointed a highly respected veteran journalist and author, Ray Ekpu, as the Chairman of a five-member Electoral Committee to conduct the process.
Ekpu is to be supported by other top-notch journalists of proven integrity.
The Minister of Information and Culture, Alhaji Lai Mohammed, is expected to address the editors who will converge on Lagos to be part of the historic event.
As part of activities lined up for the Convention, officials of Trust Fund Pensions Limited will make a 10-minute presentation.
The topic will be: “Pension Fund for Editors: Managing your tomorrow today.”
It will take place during the business session on April 29, 2017.
A gala night/dinner will hold in the evening of April 29 at 7pm, during which new members of the Guild will be inducted.
Delegates are expected to depart on April 30, 2017.