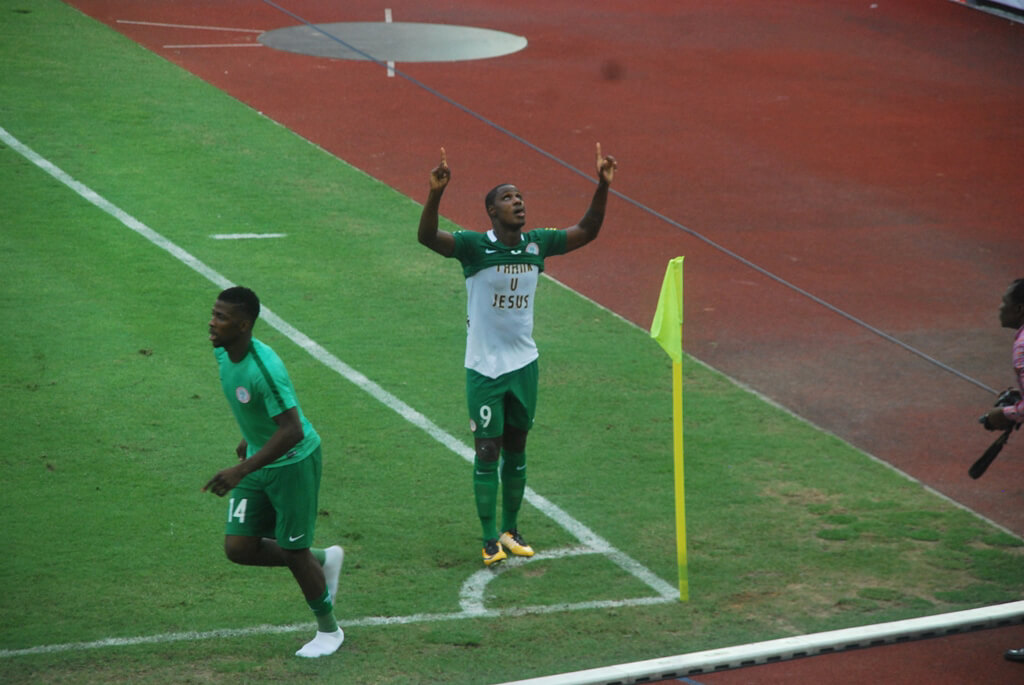 Shanghai Shenhua striker Odion Ighalo has been deservedly named Total Man of the Match as his magical brace helped Nigeria bundle out Cameroon 3-2 in the Africa Cup of Nations.
The striker put in a tireless performance up front for Nigeria that looked set to go unrewarded, as he was mostly unable to escape the clutches of the physical Indomitable Lions.
Nigeria booked their spot in the AFCON quarterfinals after defeating holders Cameroon 3-2 in what was an enthralling heavyweight battle in Alexandria.
Arsenal forward Alex Iwobi capped a crazy three-minute spell just past the hour to dump Clarence Seedorf’s side out of the competition after former Watford striker Ighalo had pulled the Super Eagles level with his second of the contest.
Cameroon had scored a quick-fire double of their own just prior to the interval as Stephane Bahoken and Clinton Njie cancelled out Ighalo’s opener to put them in front.
The result sees the Indomitable Lions lose for the first time in 10 AFCON matches and means Gernot Rohr’s Nigeria can now look ahead to a last eight clash with South Africa in Cairo on July 10.