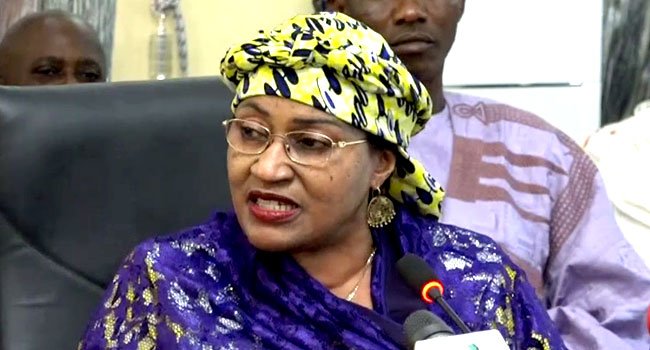 The Ekiti State Governor, Dr. Kayode Fayemi, has expressed condolences on the death of former Minister of Women Affairs, Aisha Jummai Al-Hassan, describing the news as shocking and disheartening.

Governor Fayemi in a condolence message signed by his Chief Press Secretary, Yinka Oyebode, described the late Al-Hassan as a woman who believed in hard work, excellence and service to humanity and who worked her way to the top of her professional calling by diligence and positive attitude.

The Governor stated that Al-Hassan’s commitment to serving humanity was responsible for her huge influence among Taraba people who nicknamed her Mama Taraba, and gave her the opportunity of representing them at the Senate.

He added that though the deceased trained as a lawyer, she was best known as a politician whose reputation spread beyond the length and breadth of her home state.

Fayemi recalled his working relationship with the former Minister when they both served as members of the Federal Executive Council, describing her as a pacesetter and good ambassador of the women-folk having served as the first female Taraba State Attorney General and Commissioner of Justice and the first woman to be appointed as Secretary of the FCT Judicial Council.

Describing the deceased as a colourful  politician who harboured no bitterness, Fayemi said her exit is not only painful, but will create a void in the national polity.

While praying God to give the family of the deceased the fortitude to bear the loss, Fayemi urged them to be consoled by the fact she lived an impactful life.

“On behalf of my wife, Bisi, the Government and food people of Ekiti State, I commiserate with the immediate family members as well as associates of the former Minister and pray that God grants her Aljannah Firdaus,” the Governor added.