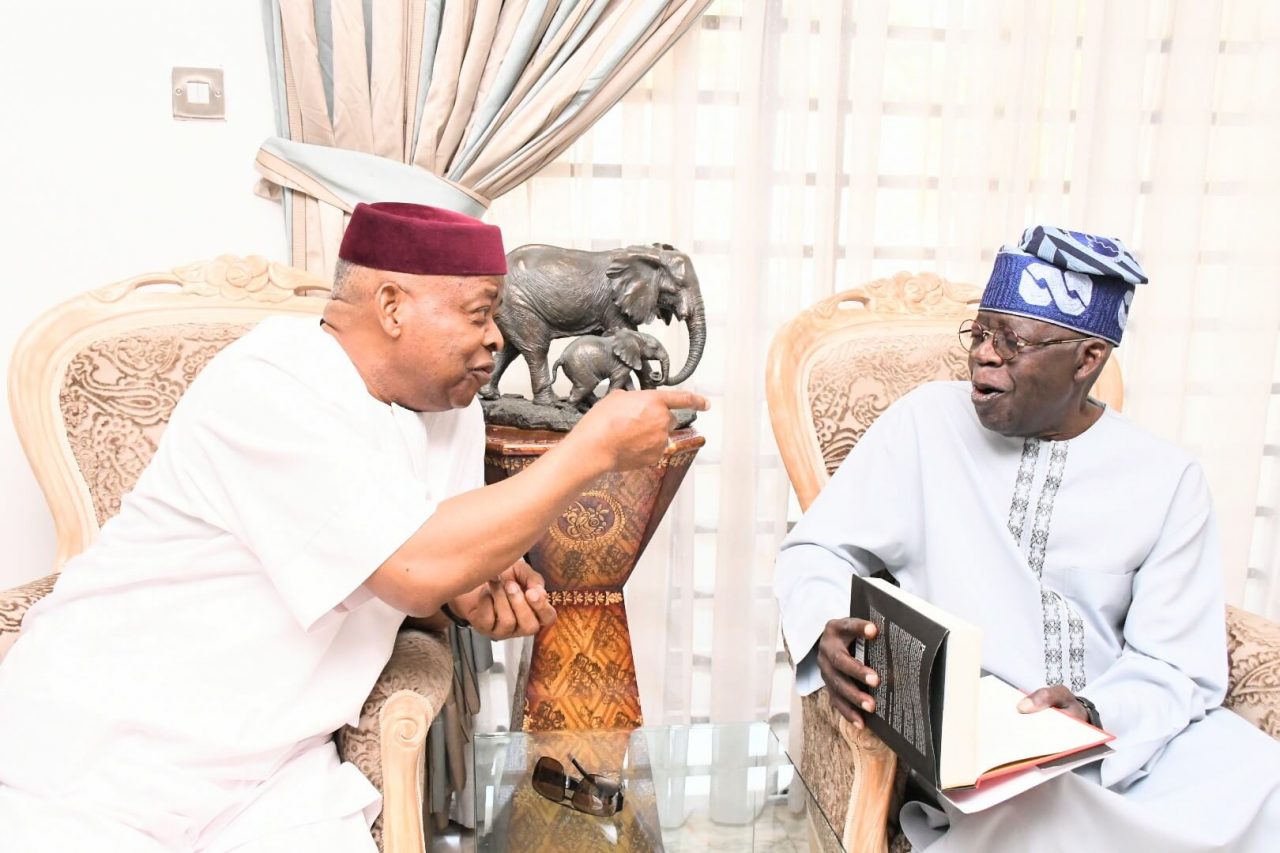 Former Senate President, Senator Ken Nnamani, has lauded the contributions of the National Leader of the All Progressives Congress, Asiwaju Bola Ahmed Tinubu, to the growth of democracy and good governance in Nigeria, saying those contributions were strong factors in his support going forward.

The former Senate President spoke on Wednesday when he visited Tinubu at his Bourdillon, Ikoyi, Lagos residence.

Nnamani visited to extend his good wishes to Tinubu after his return from the United Kingdom.

“Your many contributions to the growth of democracy in Nigeria ‘stand strong’.

“Your role in NADECO and your efforts along with those of others helped in terminating military rule.”

He also presented to Tinubu his new book, titled: “Standing Strong: Legislative Reforms, Third Term and Other Issues of the 5th Senate,” due to be presented to the public on October 21 in Abuja.

Nnamani said the former Lagos State Governor’s support was invaluable to him during his time as Senate President, particularly during the bid to stop the Third Term agenda of former President Olusegun Obasanjo.

He said: “You helped many times in stabilising the country.

“You assisted me a lot during my time as Senate President and particularly in stopping the Third Term project of former President Obasanjo.”

The former Lagos State Governor thanked Nnamani for the visit.

He congratulated him for putting together his experience in office and his ideas and thoughts, which he said would be helpful for the country.

He urged other political actors to endeavour to write books to document their experiences and efforts, which would go a long way in helping the nation to solve problems and in nation-building.