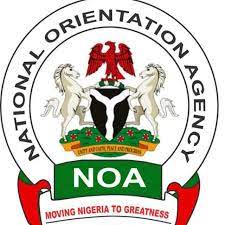 Following the dissolution of the Federal Special Anti-robbery Squad by the Inspector General of Police, Mohammed Adamu, in response to protests to end police brutality, the National Orientation Agency has called on the #EndSARS campaigners to work with the police to evolve a suitable and effective policing template to tackle armed robbery and other violent crimes.

The Director General of the Agency, Dr. Garba Abari, made the call in a statement on Wednesday.

Abari also congratulated the Police for yielding to the wish of the people on the need to reform the Police, which would include ensuring justice for all victims of police brutality around the country in such a manner as to inspire confidence in the new operational ethics of the force.

He said for the NOA, the call for further reforms in the Police is a shared concern, which requires consensus building on the scope and level of such reforms, especially at this time when the nation is faced with all manner of insecurity.

In his words: “Now that SARS has been dissolved, the next necessary step should be for campaigners to engage constructively with the police to birth a more responsible alternative to SARS, rather than being confrontational. While urging the police to bring to justice all of its officers involved in the reckless and unethical actions that has led to loss of lives and dignity by Nigerians, the campaigners should also not allow themselves to be used by political elements to pursue other interests.

“We must be careful not to denigrate our Police Force to the extent that it gets disempowered in the face of manifest security challenges, especially given the fact that we are witnessing increased cases of insecurity like armed robbery, kidnapping, insurgency and terrorism which require a specialized Force to confront them. We need a Police Force that is civil, obedient to the rule of law but can also bite in order to make impact on the war against vices.”