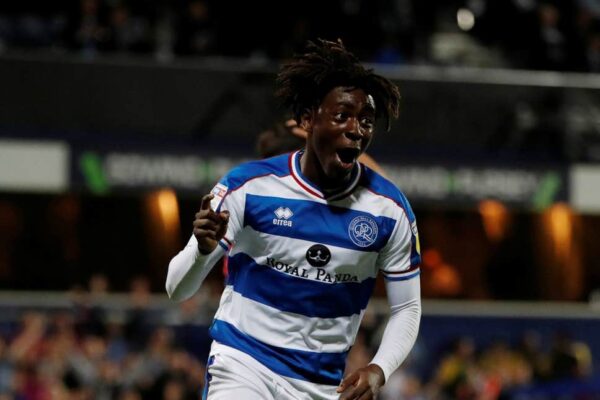 Queens Park Rangers midfielder Eberechi Eze has given consideration to playing his international football with Nigeria, but said he is holding out on making a decision immediately.

Eze has been on the radar of Nigeria for at least three years, without getting capped, and he was among a posse of players of Nigerian descent who were invited to train with the Super Eagles in March 2017 following a cancelled friendly with Burkina Faso.

Ola Aina, one of the players in that training camp, has gone on to become a senior international, but Eze is still on the outside and has instead been called up for and represented England at under-21 level.

But Eze, whose eye-catching performances in the English Championship had drawn praise from the likes of Graeme Souness, says he doesn’t “want to make any decision on my international career until it is time, until I feel like it is right”.

“I don’t want to make a rush decision, as much as it would be a privilege to play for either,” Eze said on The Beautiful Game podcast.

“It would be a great honour.”

Nigeria Football Federation President Amaju Pinnick said in December that he had met Eze and his parents, and was hoping the player would decide to join up with Nigeria as Gernot Rohr builds a squad for the 2022 World Cup.

“I spoke to them,” Eze said on The Beautiful Game.

“But again, I am just enjoying my football right now and I don’t want any added pressure on my mindset.

“I don’t want to focus on the wrong things.

“I want to focus on what has got me to this position, continue doing it and wherever it takes me, it takes me.”

Eze’s stance seems to validate information from a Super Eagles source, who told ESPN in December that the player’s prospects of a move to an English Premier League club could be jeopardized by a rush decision.

“There are very influential people who do not want him to switch allegiance,” the source told ESPN.