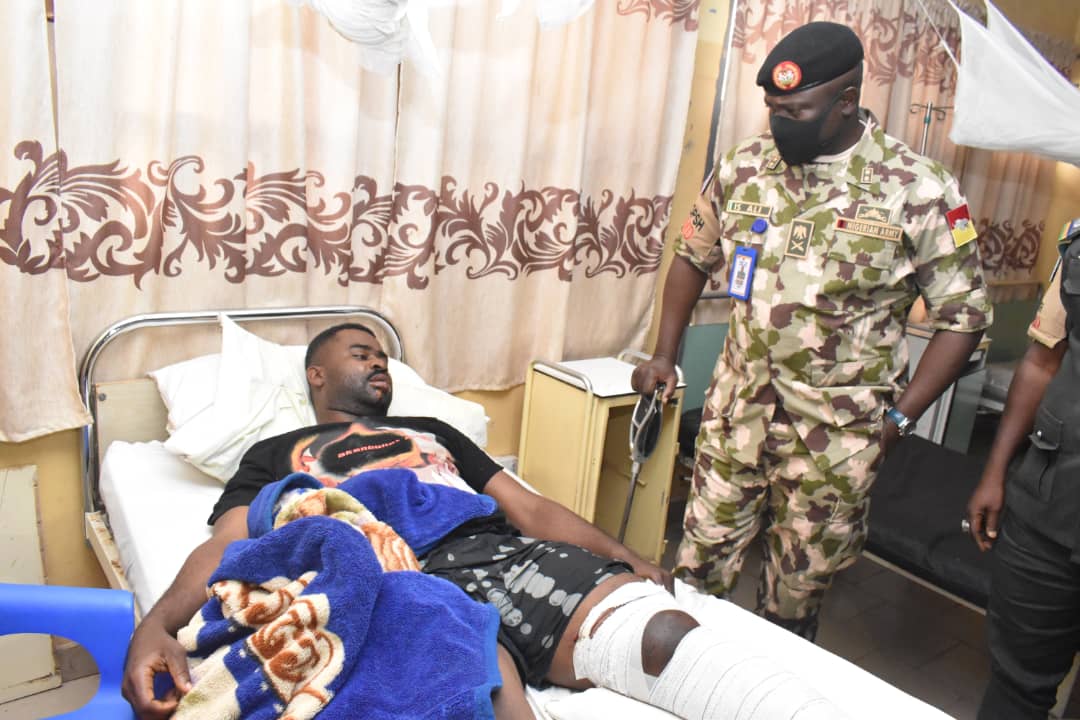 According to a statement by Major Ishaku Gaji Takwa, the Military Information Officer (OPSH), the wounded soldier, ACM Nwafor Nonso, was injured on a military patrol bike during a routine patrol to secure Mangu-Payam road in Mangu Local Government Area of Plateau State.

Describing the accident as unfortunate, Major Ali said security agencies have made unquantified sacrifices to secure the citizens.

He prayed for quick recovery of the soldier, saying that necessary measures have been put in place to ensure he gets the best treatment.

The commander restated his commitment to the welfare of security agents serving in OPSH.

The commander was accompanied on the visit by the Chief of Staff OPSH, Brig-Gen A. A. Egbejule; Deputy Commander OPSH, DCP Emma Ado, and other staff officers.