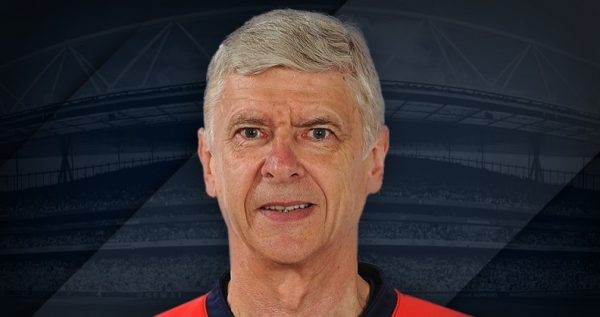 Arsene Wenger has stunned the football world by announcing that he will finally step down as Arsenal manager at the end of the season after 22 years in charge.
The 68-year-old Frenchman, who joined Arsenal from Nagoya Grampus Eight all the way back in 1996, shocked players and staff, telling them about his departure completely out of the blues at the club’s London Colney training base.
Wenger penned an emotional statement to Arsenal supporters on Friday morning as he announced his departure, offering them “my love and support for ever”.
Wenger dropped the bombshell ahead of Arsenal’s Premier League clash with West Ham at the Emirates on Sunday afternoon.
There has been open unrest at the Emirates in recent years following the Frenchman’s failure to win the league title since 2004.
He has however won 10 major trophies during his time in north London and will be remembered as the club’s greatest ever manager.
He told Arsenal’s official website: “After careful consideration and following discussions with the club, I feel it is the right time for me to step down at the end of the season.
“I am grateful for having had the privilege to serve the club for so many memorable years. I managed the club with full commitment and integrity.
“I want to thank the staff, the players, the Directors and the fans who make this club so special. I urge our fans to stand behind the team to finish on a high.
“To all the Arsenal lovers take care of the values of the club. My love and support for ever.”
Thomas Tuchel is the bookies’ favourite to take over from Wenger in the summer.
The 44-year-old German is highly regarded internationally and is without a club after leaving Borussia Dortmund last year.
Arsenal’s links to Dortmund have grown strong in recent years with the German club’s former recruitment guru Sven Mislintat taking up a similar role at the Emirate Stadium last November.
Pierre-Emerick Aubameyang was signed from Dortmund in January for £57 million, while Henrikh Mkhitaryan is also a former Dortmund man.
Germany boss Joachim Low is also high up in the running, and could relish linking up with Arsenal’s German contingent, including Mesut Ozil and Shkodran Mustafi, after this summer’s World Cup in Russia.
Carlo Ancelotti, a three-time Champions League-winning manager, is a free agent, while legendary Arsenal midfielder Patrick Vieira would be a popular choice with fans – he has been cutting his managerial teeth at New York City. Massimiliano Allegri and Brendan Rodgers, managers of Juventus and Celtic respectively, are also strongly fancied for the job.

Premier League Manager of the Month (15).