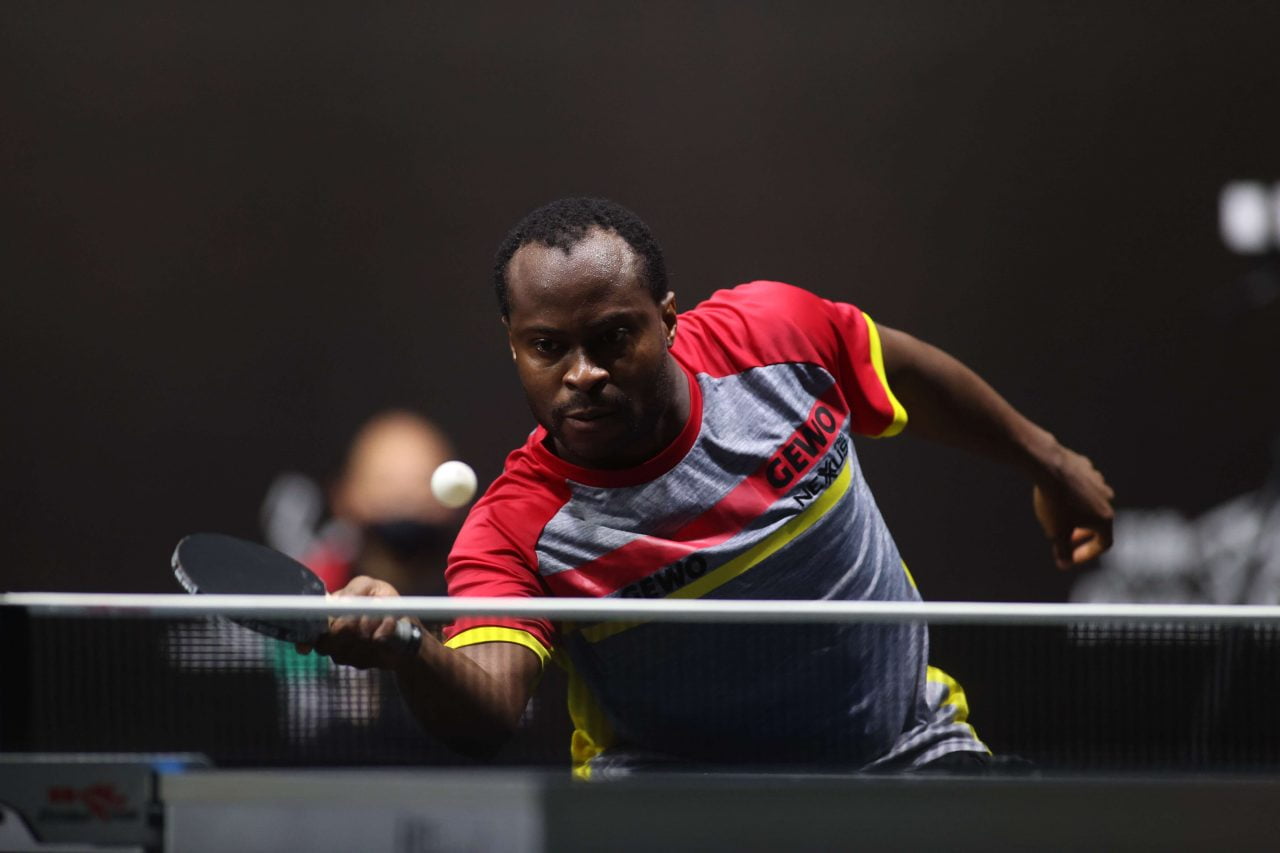 The only surviving African in the men’s singles of the World Table Tennis Contender Series, Nigeria’s Quadri Aruna bowed out gallantly in Doha, Qatar on Friday after losing 3-1 to Chinese Taipei’s Yun-Ju Lin.

Aruna, who is ranked 21 in the world, was set up against world number seven in the quarterfinal after his triumph over Joao Geraldo of Portugal in the round of 16 and from the outcome of the tie against the Asian star, it was clear that the Nigerian did not concede defeat easily without giving a fight.

From the start of the encounter, Aruna did not allow his opponent to dictate the tie and he ensured he fought for every point.

Aruna’s powerful forehand most times confused his opponent but his inaccuracy in backhand became his undoing and this earned the Asian star some points in the first game which ended 8-11 in favour of Lin.

Just like the first game, the second game was full of rallies and both players matched themselves shots for shots with the Asian star having an upper hand with 9-11 win.

However, in the third game, Aruna wanted to halt the run of his opponent that even when the match was at 10-8 in favour of the Asian star, he fought back to level the game at 10-10 with both players winning point by point, but the Nigerian prevailed at 17-15 to put the match at 2-1.

The fourth game had all the ingredients of the others and Aruna was leading 6-4 while the inability of the Nigerian bench to read the game cost him the game to end at 9-11 in favour of Lin to complete a 3-1 win.

The second tiers of the WTT Middle East Hub ‘WTT Star Contender kicks on March 7 to 13 with the preliminary involving the likes of Olajide Omotayo and other African stars in their quest to join Aruna in the main draw.