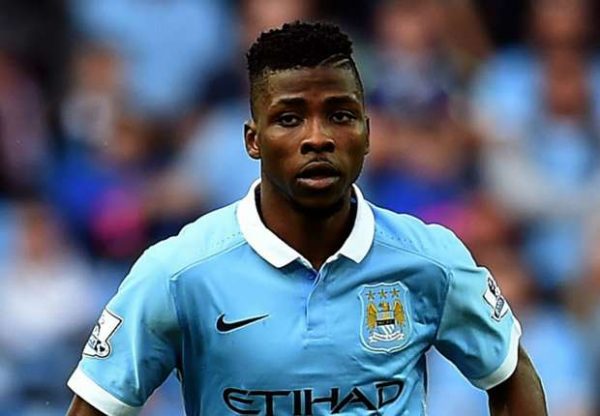 Share
Facebook Twitter LinkedIn Pinterest Email
West Ham has submitted a £20 million bid (N4.9 billion) for Nigerian striker, Kelechi Iheanacho, but City are yet to decide whether to accept the offer.
Iheanacho, whose current contract runs until 2021, is valued at £20 million.
The forward featured 28 times for City last season, scoring seven goals.
However, he made just one start for City in 2017, with that appearance coming back on January 2 in the 2-1 win over Burnley.
Iheanacho joined City’s academy in 2014 and made his first-term debut in the 2-0 victory over Watford in August 2015.
He scored his first City goal on his second appearance for the club and went on to net a further 13 goals during the 2015/16 campaign, which included a hat-trick against Aston Villa in the FA Cup.
Leicester City manager Craig Shakespeare has also prioritised the signing of a new striker this summer and has identified the Nigeria international as one of his top targets.
Leicester will play four of last season’s top six in their first six matches of the 2017/18 Premier League season.
– Bowale Odutola
Bowale Odutola Kelechi Iheanacho Manchester City Football Club Premier League Summer Transfer Window West Ham United
Share. Facebook Twitter Pinterest LinkedIn Tumblr Email