Restructuring: Lawan speaks for himself not Senate — Buhari 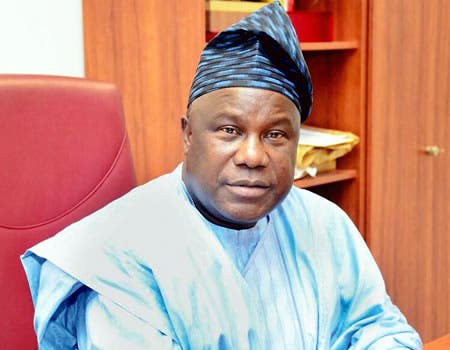 Senator representing Oyo North in the Senate, Senator Abdulfatah Buhari on Tuesday stated that Senate President Ahmad Lawan’s comment on the ‘Asaba Declaration’ was his personal opinion and not that of the Senate.

Lawan, had cautioned the Southern governors against “regionalism” while speaking with newsmen at state House.

He said elected leaders ought not to champion such calls but rather concentrate on working hard to first restructure their states before asking the Federal Government to do so.

But  Senator Buhari while addressing newsmen in Abuja  said the Senate President, like every other Nigerian, was free to express his opinion on national issues.

He stated this while speaking to reporters after Senate plenary on Tuesday on his motion, asking the Senate to probe the recent killing of civilians by men of the Nigeria Customs Service in Iseyin, Oyo State.

He said, “The Senate President is entitled to his opinion anytime. I am entitled to my opinion. What is my business with his comment and what is his own business with my comment? How can I be angry with another person’s comment?

“He did not say he was talking on behalf of the Senate. He said if you are talking of restructuring, let us start from you. Go and meet your local government chairmen, listen to the judiciary, House of Assembly.

“If I stand here in the Senate, I am immune even against the Senate President or the president of the country. You dare not as member of the House of Assembly to talk against your Governor.”

Buhari however, said he believed in restructuring the country but kicked against secession.

He said, “I must be honest with you, personally I don’t believe in secession, I believe in restructuring and I believe we should be able to talk.

“If we are talking of population, we are not as populous as China or America.

“The moment you agree that we should go our separate ways, there will still be fight within the small segments but we can sit down and talk and we can agree things are wrong.

“Look at what happened during the Civil War and eventually it ended in a round table in Aburi accord in Ghana.

“I don’t think we have reached a stage for fighting. No nation has succeeded with civil war, everything will perish God forbid.”