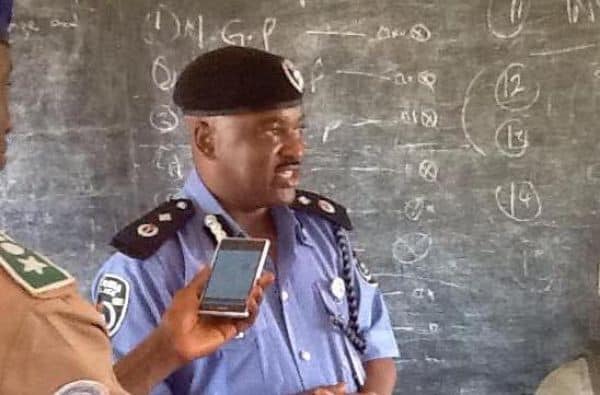 The Enugu State Police Command on Friday paraded two suspected child traffickers who specialise in moving children from Plateau State to Rivers State.
Parading the suspects in Enugu, the state Commissioner of Police, Ahmed Abdurrahman, said the suspects were intercepted trafficking nine children on January 4, 2020.
He said the suspects and the children were in a luxury bus travelling from the Northern part of the country.
Abdurrahman said they were intercepted at Orba Checkpoint in Udenu Local Government Area of the state by the Nigerian Army troop involved in Operation Atilogwu Udo 1.
He said the army authorities, however, handed over the victims and suspects to the command for further investigation.
According to him, the nine children – four girls and five boys aged between two years and 13 years – were recovered from the suspected child traffickers.
He said one female suspect, identified as Nwachi, was moving with the children in the luxury bus before the interception.
Abdurrahman said: “We also have another suspect who arranges the children being trafficked for Nwachi from Barkin Ladi council area in Plateau State.”
The Commissioner, however, said the police was still tracking the end receiver of the trafficked children, who allegedly runs an orphanage in Port Harcourt, River State.
Abdurrahman said: “This is a type of organised crime where children are trafficked from the Northern part of the country to the South East and South South.
“This syndicate runs their illegal business using orphanage as a cover-up.
“We have reached and contacted the parents of the trafficked children and some said that they gave their children to the (suspect) on condition that he will provide better welfare and education for them.
“Some other parents said that they did not know when their children moved out of their homes and they have declared them missing for some time now.
“While at the end receiver’s point, only God knows what these children are used for; some might be used as sacrificial lambs, child labour; and others subjected to a lot of criminal activities.
“Parents, especially people in Plateau State, should be wary of the whereabout of their children.
“Parents should endeavour to take care of their children themselves.”
The commissioner said that the children would be handed over to their parents after investigation.
“I personally appreciate our sister security agencies especially the Nigerian Army that made this arrest possible,” Abdurrahman added.