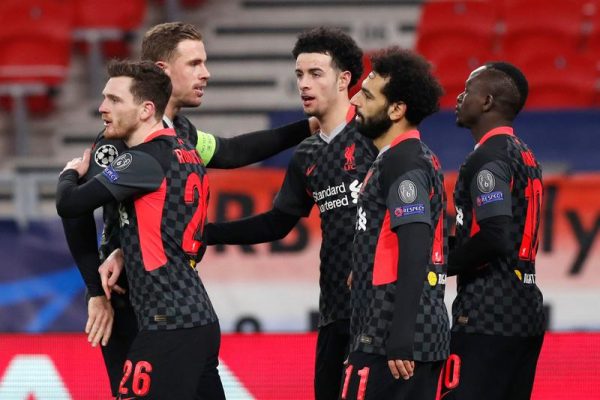 Quadruple-chasing Liverpool have confirmed plans for an end-of-season victory parade the day after the 2021/2022 UEFA Champions League final match in Paris.

Jürgen Klopp’s Reds do not yet know how many trophies they will finish the campaign with, but they have already secured the League Cup and FA Cup.

The English Premier League title could yet be added to that haul if Manchester City slip up on the final day of the season.

But European glory is the target when Liverpool take on Real Madrid in the May 28 final match.

Liverpool now intend to return home in time to celebrate their potentially historic season on May 29.

Liverpool Women will also be involved in the parade, having won the FA Women’s Championship.

City mayor Joanne Anderson said: “We’re delighted that we can now confirm the club will definitely parade around the city on May 29 – and I’m pleased we will be celebrating the achievements of both the men and women’s teams.

“A huge amount of work goes on behind the scenes in preparation for an event of this size and scale. So, it’s fantastic that the city is now going to be able to experience this.

“Lifting the FA Cup, the Carabao Cup and the FA Women’s Championship trophy is an incredible achievement that deserves to be acknowledged, and we have everything crossed that they won’t be the only trophies they are lifting on the day!

“Whatever the outcome of the end of the season and the Champions League final, Liverpool FC and Liverpool FC Women have already done us proud, and we will give both teams the homecoming celebration they deserve.”

The parade is set for 4pm local time (1500 GMT), a Liverpool statement added.

But the club will spend the morning of May 29 paying tribute to the 39 supporters who lost their lives in the Heysel Stadium disaster, of which it is the 37th anniversary.