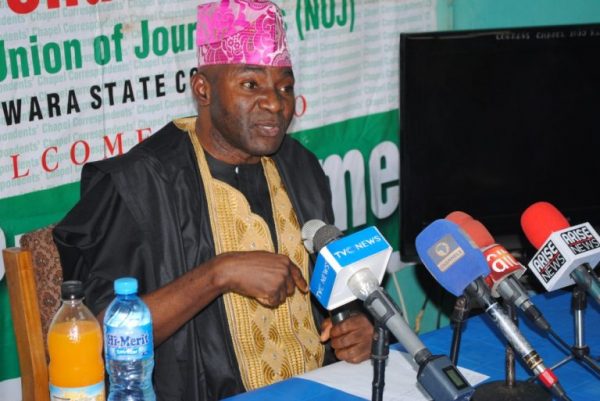 Saheed Popoola, a member of the Kwara State House of Assembly, on Sunday in Ilorin, the Kwara State capital, said insecurity in the country has beclouded the achievements of the All Progressives Congress administration.

He spoke at News Keg, a programme of the Correspondents’ Chapel, Kwara State Council, Nigeria Union of Journalists.

He recalled that when the APC journey started, President Muhammadu Buhari was chosen to represent the party due to his experience as a former military man.

Popoola added that unfortunately, the present security architecture of the country wasn’t working.

He said: “We started the 4th Republic with a lot of hopes, but unfortunately at the national level, it is getting dashed.

“Some of us who are progressives didn’t bargain for this, especially our challenges on the issue of security.

“We have some achievements by this administration, but the insecurity won’t allow you to see them.

“When we started the APC journey, this was one of the reasons why President Buhari was chosen as a former military man, but only God knows why the security architecture of Nigeria isn’t working.

“There is no nation without its challenges and I believe ours is surmountable.”

Popoola however suggested that the way out of the insecurity was to engage in community policing.

He said: “The way out for me is to bring security down to the grassroots.

“Community must be involved.

“The people must own security of their area.

“Let every traditional ruler have vigilantes in their domain that will involve our people.

“We are all one and can’t run away from each other.”

Popoola also called on the Kwara State Government to beef up security in all local government areas across the state sharing border with security-troubled states.

He said: “We thank God in Kwara that we have some level of peace, but if care is not taken, a lot of insecurity going on in our neighbouring states, most especially Niger State, can affect us.

“Baruten, Kaiama, Patigi and other local governments that share border with Niger State need to be really manned so that the peace we enjoy in Kwara will not become a thing of the past.”