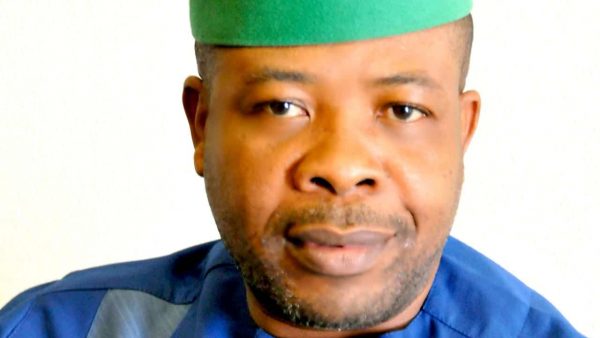 Chief Emeka Ihedioha has prayed the Supreme Court to set aside the judgment it delivered on January 14.
NAN reports that the Supreme Court on January 14 nullified Ihedioha’s election as Imo State Governor and declared Hope Uzodinma of the All Progressives Congress as the winner of the March 9 governorship election in the state.
Ihedioha made the request in an application he and the Peoples Democratic Party filed at the Supreme Court through their lawyer, Chief Kanu Agabi (SAN).
They brought their application pursuant to Section 6 (6) of the 1999 Constitution as amended and Section 22 of the Supreme Court Act, 2004.
The application was supported with an affidavit sworn to by a Uchenna Njoku, a lawyer
He said the apex court was misled into giving that judgment, describing the Supreme Court judgment as a nullity, and asked that the decision be set aside.
Ihedioha and the PDP claimed that Uzodinma and his party fraudulently misled the apex court into holding that 213,495 votes were unlawfully excluded from the votes they scored in the governorship election held on March 9, 2019.
They said Uzodinma, while under cross-examination, admitted that he was the person who computed the result that gave him the 213,495 votes alleged to have been excluded from his total votes in the election and not the Independent National Electoral Commission.
According to them: “The fraudulent nature of the additional votes was demonstrated by the fact that the total votes cast as shown in the first appellant/respondent’s computation was more than the total number of voters accredited for the election and in some polling units more than the total number of registered voters.
“The fraud was also demonstrated by the fact that the result computed by the first appellant/respondent showed only the votes of the first applicant and the first appellant/respondent without specifying the votes scored by the other 68 candidates who participated in the election.”
They further argued that the judgment, “which is a nullity ought to be set aside because it was given per incuriam, meaning the previous court judgment failed to pay attention to relevant statutory provision or precedents.”
That the judgment is a nullity having been delivered without jurisdiction.
They also said that by Exhibit A1, the total number of voters accredited for the election was 823,743, while the total valid votes cast was 731,485.
Also as part of their argument was that the inclusion of 213,695 votes for the first appellant/respondent made the total number of votes cast at the election to be more than the total number of votes accredited for the election.
The applicants, among other grounds, argued that the majority judgment of the Court of Appeal dismissing Uzodinma’s petition as incompetent continues to subsist as the appeal against that decision was not considered by the apex court.
The Supreme Court had on January 14 nullified the victory of Ihedioha, who was earlier declared the winner by INEC.
The apex court declared Uzodinma winner of the election in a unanimous judgment of the seven-member panel, read by Justice Kudirat Kekere-Ekun.
The court agreed that results in 388 polling units were unlawfully excluded during the collation of the final governorship election result in Imo State.
Kekere-Ekun said with the results from the 388 polling units added, Uzodinma polled a majority of the lawful votes and ought to have been declared the winner of the election by the.
The court, however, did not provide the details of the new votes scored by each of the candidates after the addition of the results from the 388 polling units.