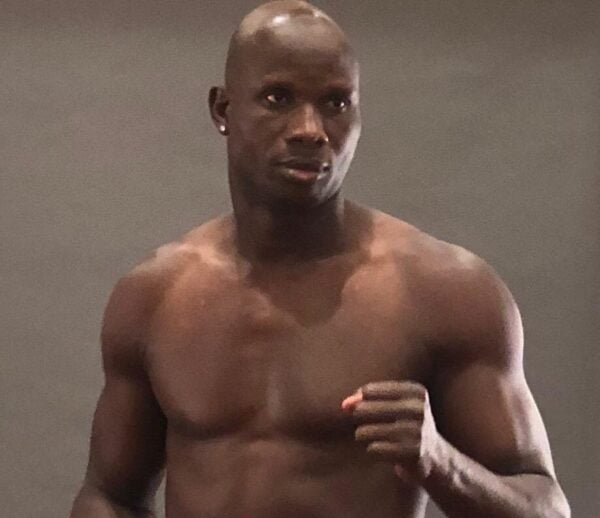 Onoriode “Godzilla” Ehwariemi of Nigeria has vowed to defeat his Argentine opponent, Argentina’s Ariel “Chiquito” Baracamonte, when they clash for the World Boxing Federation Intercontinental heavyweight title at GOtv Boxing Night 20.
Their clash will headline the nine-bout boxing show, which holds on 28 December at the Tafawa Balewa Square, Lagos. The show will also feature live musical performances by Zlatan Ibile, Mayorkun and Ortisefemi among other artistes.
Speaking after his training in Lagos yesterday, Godzilla, whose 18 fights have yielded 17 victories by knockout and loss, said he is aiming to win the title for Nigeria.
“This fight is a fight for my country. I will do everything legitimate to ensure the belt comes to Nigeria. Argentina tends to beat us at football and I intend to summon the spirit that propelled Nigeria to win the gold medal at the 1996 Olympic Games to avenge our numerous defeats by Argentina on the football pitch,” he said.
The hulking ring artist said he is familiar with Argentine boxers, having had nine fights in the country. While he is fighting Chiquito for the first time, he, however claimed to be familiar with his strengths and weakness through videos of his previous fights.
“I have watched videos of him of fighting. I’m taller than he is, meaning I have a longer reach. He likes to get close to his opponents, but I’ll keep him at a distance and punish him once the opportunity arises. He won’t be able to cope with my punches and I’m confident that the fight will not go beyond two rounds,” he bragged.
Three other title fights are scheduled to hold at the event. They include a defence of the
West African Boxing Union (WABU) lightweight title by Rilwan “Real One” Oladosu, who faces Ghana’s Ezekiel Anan; WABU welterweight title defence by Rilwan “Baby Face” Babatunde, who takes on Ghana’s Sanitor Agbenyo; and the national bantamweight title bout between Sadiq “Happy Boy Adeleke and Opeyemi “Sense” Adeyemi.
Other bouts are the national featherweight challenge clash between Taiwo “Esepo” Agbaje and Olusegun Moses, national super featherweight contest between Ridwan “Scorpion” Oyekola and Sikiru “Omo Iya Eleja” Shogbesan; national light heavyweight duel between Adewale “Masevex” Masebinu, and Olanrewaju Segun. Professional debuts for Alaba “Eylbow” Omotola and Bolaji “Fight to Finish” Abdullahi and an all-female bout between rising star, Cynthia “Boby Girl” Ogunsemilore and Aminat Yekini.
The best boxer at the show will win a cash prize of N1 million attached to the Mojisola Ogunsanya Memorial Trophy.