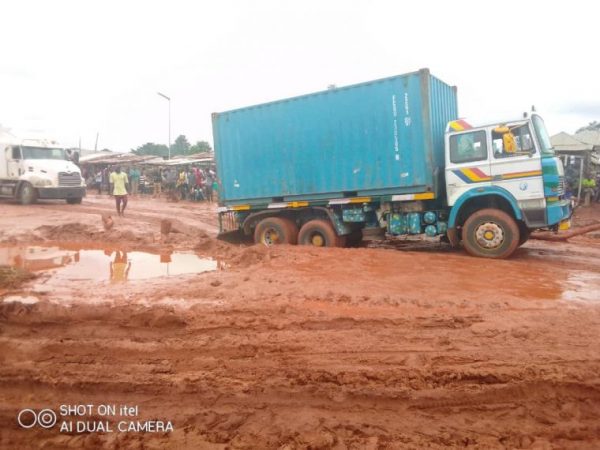 Members of the motoring public and general commuters travelling from or to the South West through Kabba-Omuo Ekiti Expressway have been notified of a failed section of the road at Ikoyi under Iyara Local Government Area of Kogi State.

Kazeem, an Assistant Corps Marshal, announced the development in a statement on Saturday.

He said the failure of the road has led to lack of free flow of traffic at the said portion of the road.

He added: In view of the foregoing, motorists, travelers, and the general public are hereby advised to use Kabba/Asaya/Ogidi/Ikare as alternative route to or from South West.

“The Federal Ministry of Works and Housing is already activating appropriate action to ameliorate the situation.

“The Federal Road Safety Corps solicits maximum cooperation of the motoring public on this development. The Corps will also continue to update the public periodically on further developments.”

Kazeem said operatives of FRSC are on ground controlling traffic.