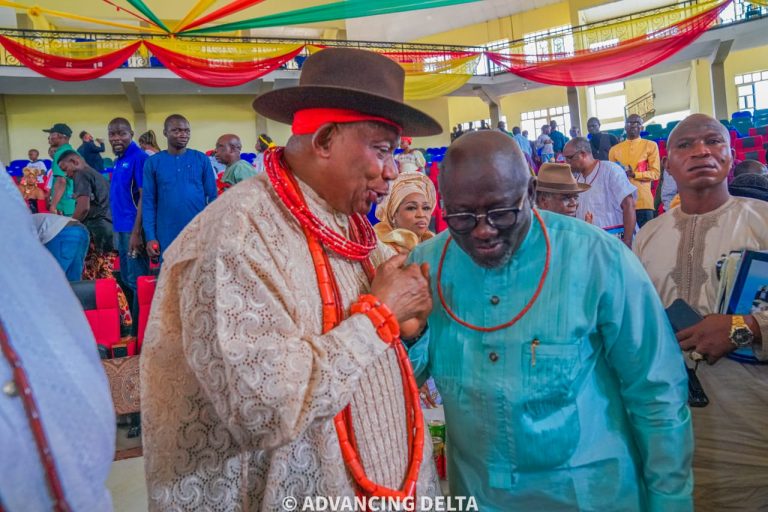 In a congratulatory message contained in a press statement by his Chief Press Secretary, Dennis Otu, the governorship candidate also used the opportunity to task the newly elected national executive on the unity and development of the Urhobo Nation.

He noted that as a foremost socio-cultural organisation in the country, UPU has successfully conducted its national congress without rancour and bickering, advising others to emulate the UPU example.

The  Speaker, who is also the Deputy National Chairman of Conference of Speakers of State Legislatures, enjoined the Eku-born new President General, UPU world-wide, Chief (Barrister) Ese Gam Owe and his Exco to hit the ground running with his peace and development initiatives.

He  advised the new national executive to carry everybody along in their plans to ensure fairness and equity and as well build bridges of good neighbourliness with other ethnic nationalities.

The Speaker wished the newly elected national officers divine wisdom in piloting the affairs of the union and a successful tenure.