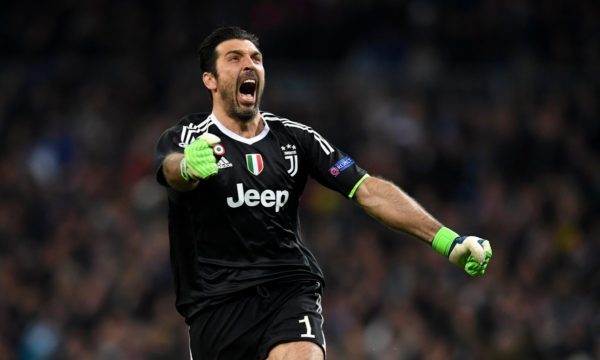 Share
Facebook Twitter LinkedIn Pinterest Email
Former Juventus keeper and club legend Gianluigi Buffon is expected to leave PSG at the end of the season, with the club said to be unhappy with his recent performances.
The 41-year-old joined the Parisians last summer, but after an impressive start to the season he has seen his performances dip.
German publication Bild have reported that the hierarchy are dissatisfied with his recent outings, particularly in the game against Manchester United where his error led to a goal.
PSG went on to be eliminated by the Premier League side despite having a 2-0 lead from the first leg.
PSG will now turn to Kevin Trapp, who is currently on loan from the club at German side Frankfurt, as their No.1 for next season.
It is unclear whether Buffon will continue his playing career or whether he will hang up his gloves.
The World Cup winner spent seventeen seasons at Juventus before he left to join PSG last summer.
Gianluigi Buffon Juventus PSG
Share. Facebook Twitter Pinterest LinkedIn Tumblr Email