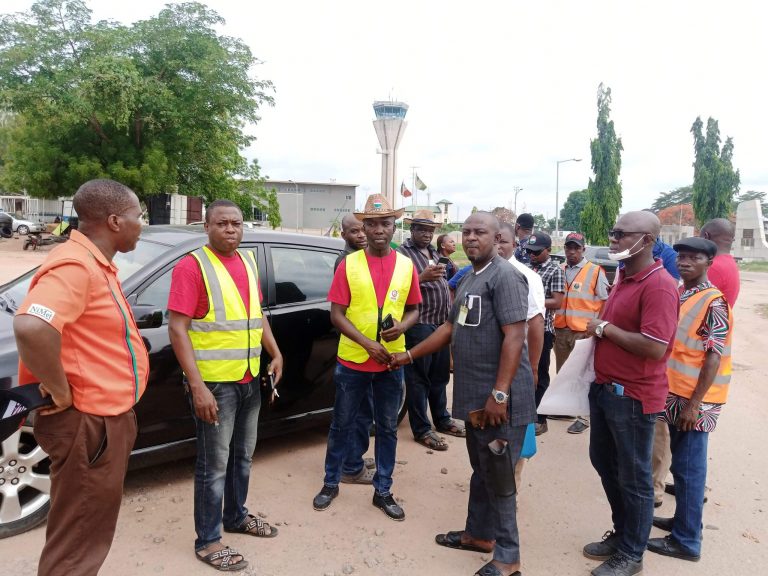 The workers of some agencies under the Ministry of Aviation have started a two-day warning strike from Monday to Tuesday due to unresolved conditions of service.

Nanbola said during the protest that the move was necessary as the notice of strike from the unions was unheeded.

According to him, agencies involved in the protest are the Nigerian Airspace Management Agency, Nigerian Civil Aviation Authority, Nigerian Meteorological Agency and Nigerian College of Aviation Technology.

Nanbol said that ongoing efforts by the Federal Ministry of Aviation and National Salaries Income and Wages Commission to resolve the issues did not show any positive sign of achieving results anytime.

He said: “Consequently, our unions have no alternative than to embark on an industrial action to press home our demands for justice and equity, especially considering the long-suffering, patience and forbearance on the part of our members.

“Accordingly, all workers in NAMA, NCAA, NiMet and NCAT are hereby directed to embark on a two-day warning strike from Monday to Tuesday.

“Should the warning go unheeded, an indefinite strike shall be called soon after.”

Adesina said that the effort made the FAAN Conditions of Services outstanding among others.

He hailed the Accident Investigation Bureau that scheduled to hold discussions with the unions soon thereby making decision on the bureau pending.

Uzor Oluchi, NUATE-NiMet branch, said the negotiation with the agencies for seven years remained with the NSIWC.

He said that the Minimum Wage Consequential Adjustment remained unimplemented since 2019 for the concerned agencies under the ministry of Aviation.

Oluchi said: “Workers in all aviation organisations, including FAAN and AIB, are hereby directed to support and cooperate with the unions to ensure full compliance and success of the warning strike.

“Air travelling public, all aviation business, including the foreign airlines are informed of the above circumstance and should review their itineraries and schedules accordingly.”