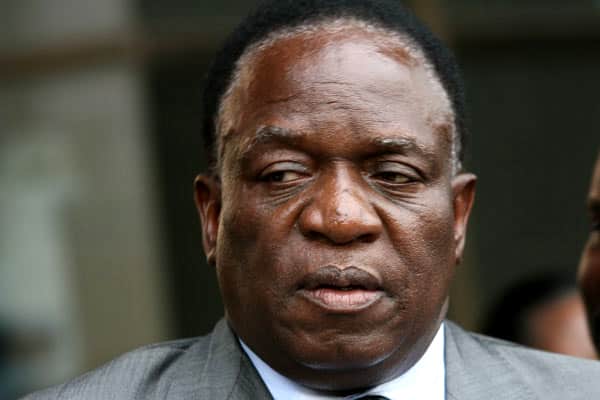 Zimbabwe’s Vice President, Emmerson Mnangagwa, a possible successor to 94-year-old President Robert Mugabe, is unwell and has been taken to a hospital in South Africa.
Mugabe made the announcement on Monday when Mnangagwa was absent from celebrations to mark Heroes Day in the capital Harare
“He is not back yet from hospital in Johannesburg,” Mugabe said during his speech at the national Heroes Acre without giving details.
Mnangagwa and Pelekezela Mphoko are Mugabe’s vice presidents in the ruling party and government but the former is seen as the likely successor following elevation to the post in 2014.
The issue of who will succeed Mugabe has deeply divided the ruling party, with two factions one supporting Mnangagwa, the other Mugabe’s wife Grace.
Local private media reported that Mnangagwa had suffered suspected food poisoning.
Nicknamed “Crocodile” in the Shona language, Mnangagwa was appointed after the sacking of Joice Mujuru, who had held the position for 10 years.
Mujuru has since formed a party that is part of a coalition to challenge Mugabe.