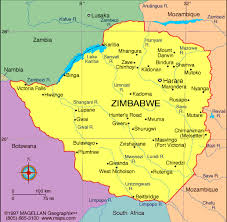 The Zimbabwean Government on Wednesday approved one billion dollars for the construction of the first graduate school named after President Robert Mugabe, an official said Wednesday.
Jonathan Moyo, Higher and Tertiary Education Minister, said the University would focus on science and technology and have an institute focusing on research and “transformative and revolutionary leadership”.
Moyo said: “Cabinet has approved a grant of 800 million dollars towards the construction of the Robert Mugabe University and a grant of 200 million dollars towards the University Endowment Fund for research and innovation.”
Mugabe and his wife Grace are the founding trustees of the university that would be built outside the capital Harare.
While Mugabe’s rule was promising at independence in 1980, the ageing leader has been accused of wrecking the economy of the former breadbasket of the region through populist policies such as the seizure of white-owned farms.
The main opposition Movement for Democratic Change, criticising the plan, said Mugabe’s government should instead improve existing underfunded universities around the country.
Students at state run universities and colleges struggle with lack of accommodation and crumbling infrastructure, while the government does not offer grants to help the universities.
With formal unemployment above 90 percent, most graduates are forced to take informal jobs, mostly hawking goods on the streets or seeking employment in neighbouring countries, to pay for their studies.
“This is populism that defies logic. It is meant to stroke Mugabe’s ego because we know this government is broke,” Obert Gutu, MDC spokesman said.
Zimbabwe struggles to pay its workers and spends more than 90 per cent of the national budget on salaries, leaving very little for roads, hospitals and education.